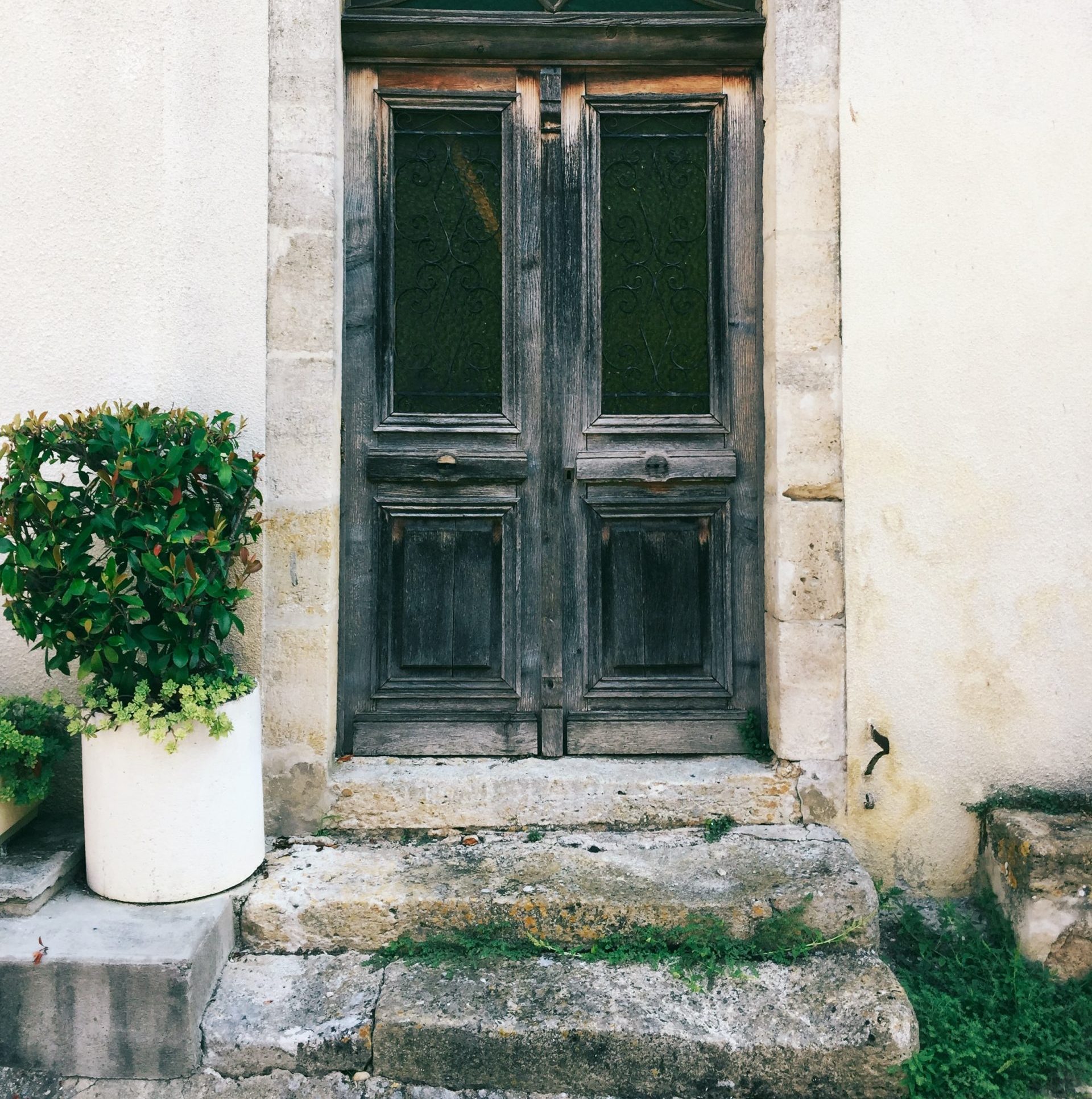 We have been living under the mandate of social distancing for about six weeks now. Churches have closed and locked their doors. Millions have become instantly unemployed, and some areas of the country have been totally locked down. These are scary times in which we live. But the resurrection story as found in John 20:19-23 can give us comfort and perspective if we allow it to.

The disciples of Jesus were on lockdown, too, but not because of an order from a governmental official. They were hiding in fear. Their leader had been crucified. They remembered Jesus’ predictions of his suffering, but seemed to forget the promise of a resurrection three days later. It was like the media these days: all the good news is buried under an avalanche of worst-case scenarios. Here’s what we find in John 20:19a…

That evening, the disciples gathered together. And because they were afraid of reprisals from the Jewish leaders, they had locked the doors to the place where they met.

What a terrible way to live! But their world was about to suddenly change. John 20:19b says…

But suddenly Jesus appeared among them and said, “Peace to you!”

I love the words but suddenly! Jesus can change an environment in an instant. Locked doors were no challenge to him then, and they pose no challenge to him today! Their fear and lack of faith did not deter him, either. He came to them. Friends, Jesus shows up for us, too. He has not abandoned us nor forsaken us. We are not orphans – we are sons and daughters of the heavenly King!

I have been experiencing incredible levels of peace during this season. It’s not a peace rooted in my fat bank account (not that I have one) or extreme precautions (although I am taking some), but rather from knowing who I am, whose I am, and what he has promised me. As our government crunches numbers and tries to come up with a way to ease the financial burdens of millions of Americans, I am trusting God’s Word. “But my God shall supply all your need according to his riches in glory by Christ Jesus” (Philippians 4:19). I am holding on to the truth that he is my Jehovah Rapha, the God who heals me!

Next, Jesus does something pretty incredible in John 20:20…

Then he showed them the wounds of his hands and his side—they were overjoyed to see the Lord with their own eyes!

It would be easy to miss the significance of this gesture. By showing them his hands and his side, he was signifying that he already had provided for the most desperate need of humanity, which is eternal forgiveness for sin and reconciliation with the offended Creator. The message was clear, if God has already taken care of our greatest need, how can we justify not trusting him for the lesser matters and needs of life? Like Paul said, “Since he did not spare even his own Son but gave him up for us all, won’t he also give us everything else?” (Romans 8:32)

That revelation should have the same effect on us as it did for the first century disciples: they were overjoyed! Then the risen Jesus reminded them of something very important in John 20:21…

“Just as the Father has sent me, I’m now sending you.”

In essence he was reminding them that they had a mission to accomplish, as do we! We are called and commissioned to proclaim the Good News, to be his light shining in the darkness that surrounds us, and to be the salt of the earth, preserving and creating thirst. Whether it is through social media, telephone calls, text messages or walks around our neighborhoods, this is the time to really be the church, making Christ physically present by reflecting his goodness and glory!

Jesus did one last thing during his encounter with his disciples in John 20:22…

Then, taking a deep breath, he blew on them and said, “Receive the Holy Spirit…”

Ladies and gentlemen, we need the Holy Spirit! One of the ways he is described in the Scripture is as The Comforter, the Greek parakletos, meaning the one summoned to come alongside; our advocate, intercessor and the One who consoles. During these difficult days, please do not take up the spirit of this age, which is one of fear, panic and hopelessness, but rather press in to a deeper relationship with the Holy Spirit who can deliver love, joy, peace, patience, kindness, goodness, faithfulness, gentleness and self-control (Galatians 5:22-23). Remember, there is no law against these things.

He is risen indeed! There is no need to fear! Our God has it all under control, his control.

"Steve Sabol was born October 3rd, 1950 in Bristol, PA. He married Nancy Keller, the love of his life on July 12th, 1969. They celebrated their 50th wedding anniversary in 2019. They have a son and a daughter, five granddaughters, and five great-grandchildren. Steve entered full-time pastoral ministry in August of 1980. He’s been a shepherd for over forty years. He moved to Lebanon thirty years ago and today serves as one of Lifeway Church’s community pastors. Steve has been a musician for over fifty years and his favorite instrument is the guitar. Ministering to men in prisons, churches, rescue missions and community centers has been a passion of Steve’s for over 12 years. He has spoken at over thirty men’s events across the country and sends out a daily inspirational email to over 6,000 men every day. He is currently writing a book titled “Connected” which should be available in the summer of 2020. Steve loves spending time with his bride, and staying busy for the King, changing the world one man at a time."
← Recognizing His Voice Tried and True →