Breaking the Spirit of Unbelief

Have you ever felt like you were supposed to do something, but ended up not doing that thing?  Perhaps you wanted to ask someone out on a date.  Maybe you wanted to sign up for a sport.  Perhaps you were even given the opportunity to share your faith with a friend who doesn’t believe in Jesus.

I was an athlete for a good portion of my life, and of all the sports I played, I enjoyed basketball the most. I would definitely describe myself as a tenacious competitor and I loved the competitiveness on the court for the basketball. The smaller the setting for a game, the more scheming it took to win. Plus, small games simply required better physical conditioning to play.

The rematch was underway.  The first half of the game was atrocious and my team was down by a lot of points.  In response, two senior teammates and myself decided that we were going to go out in the second half, take the game over, and win it.  We went out with a renewed sense of confidence and vigor and played hard the second half. It was working! Our plan was to take away the other team’s best player by swarming to the ball as a pack.

With two seconds left on the clock, we pulled the game within one point, and a timeout was called.  All the other team had to do was inbound the ball to someone and let the clock drain. Our coach decided to have me defend the person in-bounding the ball.  I needed to steal the ball, and score if I could, and the rest of the team was instructed to play their opponent really tight.  The team was to cause a foul to stop the play, and keep as much time on the clock as possible, worst case scenario.

The ref blew his whistle to start the play and I started jumping up and down, trying to distort the view of the person in-bounding the ball. The rest of the team must’ve been playing extremely tight because he didn’t inbound the ball right away.  However, he spotted an opening and threw the ball in play.

I jumped up at just the right moment and snatched it out of the air.  While I was in mid-jump, I took my shot.  The clock was ticking at that point, and when I got the shot off the clock was at zero.  The ball hit the backboard and rolled around the rim for what felt like an eternity.  It rolled all the way around the rim, almost going a full 360 degrees before it fell out.  No score.  We lost the game by one point.

I felt destroyed, and devastation fell over our team as I couldn’t help us win for the second time.

It was at this point that I started to really doubt my abilities as an athlete.  I started to believe that I’d never amount to much because I couldn’t help win the game when it was on the line.

I had a major unbelief in my abilities to perform in the sports arena, and it’s essentially why I stopped playing basketball. However, something much worse than just giving up on my basketball career happened afterward.

I believed that I couldn’t be counted on to win in tough situations and I allowed that unbelief to flow into other aspects of my life.  I didn’t realize it then, but the devil was whispering lies into my life that I was accepting.  Eventually, I saw myself the way the devil had wanted – worthless.

“Be alert and of sober mind.  Your enemy the devil prowls around like a roaring lion looking for someone to devour.” – 1 Peter 5:8

I had not been alert, and I did not have a sober mind.  The devil defined who I was with the lies that were in my head.  I couldn’t be trusted when it mattered most; I was a failure and I was worthless. It started in that basketball game, but my unbelief continued to grow until it was in almost every area of my life.

“You belong to your father, the devil, and you want to carry out your father’s desires.  He was a murderer from the beginning, not holding to the truth, for there is no truth in him.  When he lies, he speaks his native language, for he is a liar and the father of lies.” – John 8:44

I definitely belonged to the devil after that game.  That was when I started lying to try and cover up my failures in school.  I was a thief, and I was trying to justify it by saying I needed it more than the person who actually owned the item.  The devil defined my life and lifestyle as I was growing up, and I let him.  And I even resented people for their own hypocrisies, even though I was living a life of my own hypocrisy claiming to be a “good” person.  I gave the devil one foothold, and he made it into a stronghold all through unbelief.

“For we are his workmanship, created in Christ Jesus for good works, which God prepared beforehand, that we should walk in them.” – Ephesians 2:10

Christ Jesus created me for good works, and I needed to know that.  Works that God prepared for me, and that He anticipates me to walk in.  I gave my life over to Christ, and it hasn’t been easy taking the stronghold away from the devil.  But, I held hold firm to the promise that I am created in the image of God to do good works on the Earth, and continue each day to pursue Christ in my life.  I am still sometimes overwhelmed by unbelief, but now I’m prepared to combat those moments because Christ is my strong tower.

I’m not saying it’s not challenging to break away from the lies of unbelief the enemy has poured into your life.  It’s going to be a challenge to completely rewire your brain and switch it from unbelief to faith. However, the promises of the Bible stand as firm today as they did back when Christ was on the Earth.  We need to have greater belief in the God that created us for good works, than the one who comes to destroy life with lies of unbelief.  You start doing that by studying the word and spending time with God in prayer.

To learn more about breaking free from the spirit of unbelief, watch the message here:  https://lifewaychurch.life/media/breaking-free/

To catch up on other Lifeway messages, visit here:  https://lifewaychurch.life/media/

Photo by Sabri Tuzcu on Unsplash 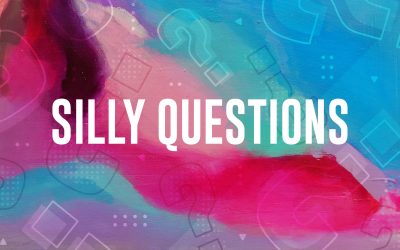 Silly questions are the ones where the answer already seems obvious. Silly questions you could ask of me would be: “The kids want to come over, is that OK?”“Do you want to go to church this morning?”“Hey, Steve, do you enjoy being a grandfather and great grandfather?”... 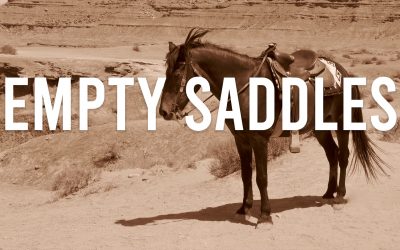 Mom had just finished squeezing the juice from the chokecherries, the paraffin wax was melting in the double boiler, and the jars were ready for the syrup and jellies that would grace our table through the winter. She looked out the kitchen window and saw my horse... 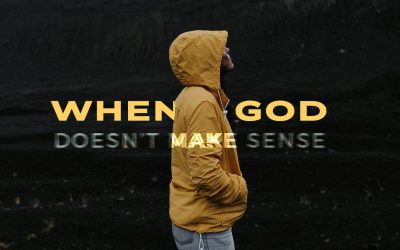 Over my 45+ year journey as a follower of Christ, I have gone through and used several pat answers to the question, “Steve, how are you doing?” For a large portion of my life I gave the typical “Fine, thank you” answer. But at one point I decided that I wanted to be...