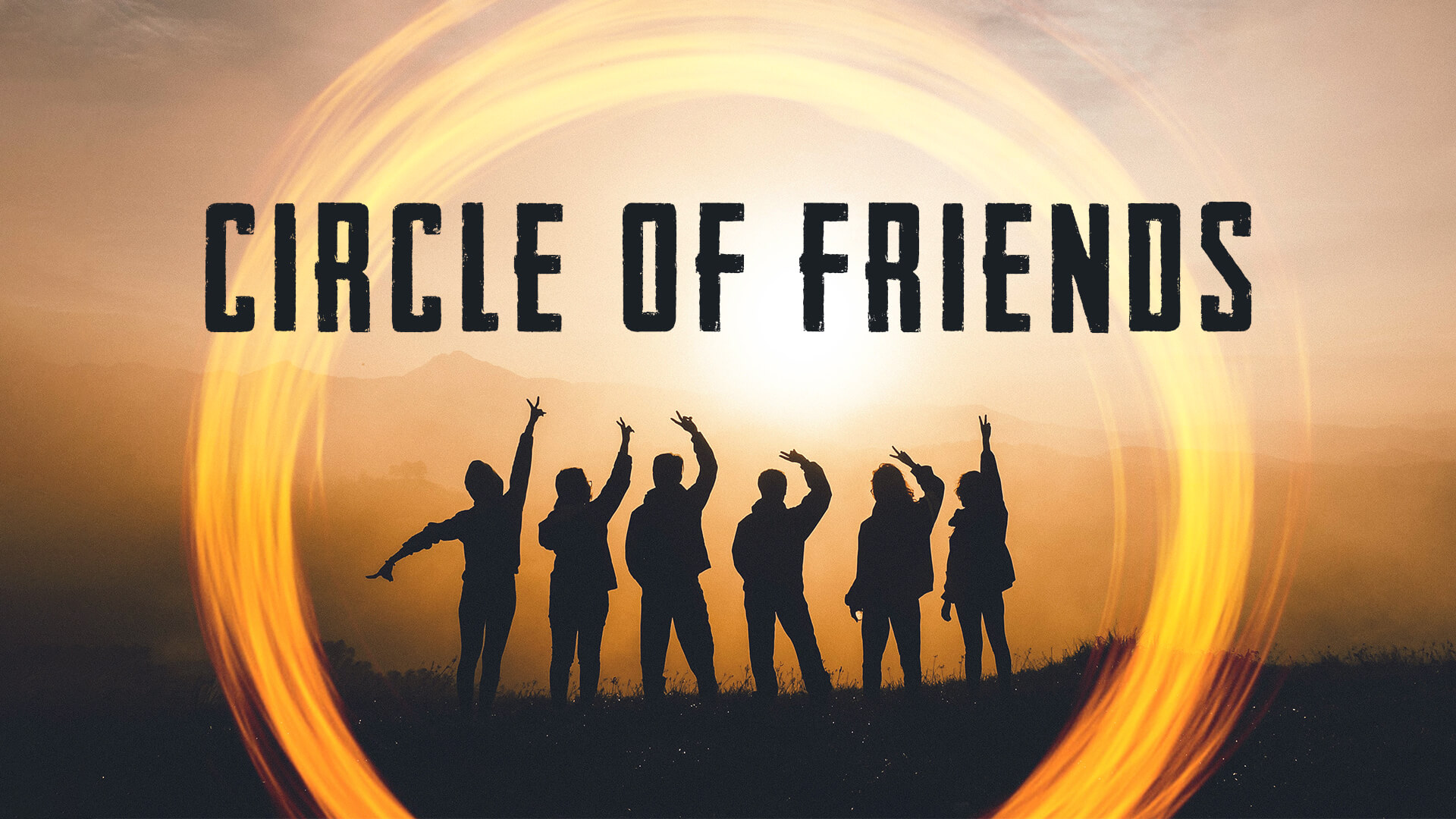 “I don’t talk to them,” my niece Michelle casually stated as we drove by a group of girls near her middle school.

“No, I know them. They are the popular girls, everyone knows them. I just don’t talk to them.”

“Are you mad at them? Jealous?”

“So, if you pass each other in the hall, do you at least say ‘hi’ or something?”

“No. We just don’t bother with each other.”

I was going through a bit of culture shock. I attended a small school in Montana with less than 200 kids in the whole high school. I had a circle of friends, but there wasn’t anyone in school that I didn’t talk to. I suppose the really talented guys like the seniors that were basketball stars were a bit intimidating, but I’d at least offer a weak “hello” if I passed them in the hall.

Breaking into the culture of Pennsylvania was challenging for this Montana farm girl. My husband and I rented half a farmhouse near Palmyra, Pennsylvania, and I often took walks with my children to the nearby dairy store. The road passed a farmhouse, and one day the farmer’s wife was outside. I greeted her, and we struck up a conversation. She was delighted to meet me and welcomed me to Pennsylvania. She wanted to know who I was, why I was there, and since I came from Montana, what brought me to this “little” town. I was able to validate my existence by the fact that I married a Milton Hershey boy. That was something she was familiar with. (Milton Hershey School was a boarding school, at the time, for orphaned boys. Anyone who attended had to be of a lower-income and at least one deceased parent.)

I was intrigued with the large stores and malls and the number of restaurants in Pennsylvania. With all the stores, we rarely ran into someone we knew while shopping.

One day I was with a friend and we stopped at a grocery store to pick up some things so we could have an impromptu picnic with the children. She quickly dashed around the endcap and busied herself picking out some apples from a bin.

“Oh my gosh,” she exclaimed, “I just saw someone that quit going to my church.” She explained. “I didn’t want to have to talk to them. I heard they weren’t very happy with the nursery workers, and I was one of them.”

“So, will you ever be able to find out what happened and make sure they are okay?” I asked.

“No, we probably won’t cross paths again. It’s okay,” she assured me.

And that was true! When I run into an acquaintance at a store, it’s always when I look my worst, and it’s always a surprise! It just doesn’t happen often.

There is nothing wrong with having a circle of friends. In fact, that’s who Jesus hung out with. He had his circle of 12 disciples, a few women (Mary Magdalene, Mary, his mother)  who followed him, and the inner circle of Peter, James, and John. But as he walked on this earth, putting aside His God-self, and putting on the mortal body, He walked among the crowds, spoke words of life, excluded nobody, healed everyone, and called out individuals like Zacchaeus in the sycamore tree, the woman with the issue of blood that touched the hem of his garment, the paralytic at the pool of Bethesda, and the children who felt loved and safe in His presence.

My elementary years were spent in a one-room schoolhouse. I had four classmates. In my class, there were four girls and one boy. As you can imagine, little disagreements occurred throughout the school year, and our “best friend” often changed. But in such a close school experience, we had no choice but to resolve our differences. If the problem persisted, the teacher sometimes stepped in and had us talk it out.

And growing up in a small town, occasionally individuals had disagreements and relationships were strained, but we only had a couple of churches to choose from, we only had a couple of stores to shop at, and it was inevitable that we’d have to swallow our pride and do business with that individual at some point. Of course, we knew not to “participate in darkness and wrong behavior,” but relationships had to be worked out.

As a young Christian, I was ready to take on the world. I wanted to do dangerous missions for the Lord, much like Brother Andrew who smuggled Bibles to the Eastern Bloc communist countries, or travel to the inner jungles of Africa and bring Jesus to the unreached masses. I tried to develop a New Zealand accent so I could be a speaker just like my favorite teacher, Joy Dawson. I thought how great it would be to be a famous author. I wanted to be great in God’s Kingdom, and to be “great”, I knew I would have to do “great things”.

My big brother Paul became a Christian a few years after me. He was a quiet, deep thinker, and I respected him more than anyone. As I spouted off all my lofty ideas of being “great in God’s Kingdom,” he simply said, “Romans 12:18 ‘If possible, so far as it depends on you, be at peace with all men.’ That’s how I want to live.”

There’s really no higher calling. God calls us to live a godly life, living out our faith before neighbors, friends, and family. He calls us to work out our salvation.

Romans 12 says it the best.

“Therefore I urge you, brethren, by the mercies of God, to present your bodies a living and holy sacrifice, acceptable to God, which is your spiritual service of worship. And do not be conformed to this world, but be transformed by the renewing of your mind, so that you may prove what the will of God is, that which is good and acceptable and perfect.

“For through the grace given to me I say to everyone among you not to think more highly of himself than he ought to think; but to think so as to have sound judgment, as God has allotted to each a measure of faith.

“For just as we have many members in one body and all the members do not have the same function, so we who are many are one body in Christ, and individually members one of another. . .

“Be of the same mind toward one another; do not be haughty in mind, but associate with the lowly. Do not be wise in your own estimation. Never pay back evil for evil to anyone. Respect what is right in the sight of all men. If possible, so far as it depends on you, be at peace with all men. Never take your own revenge, beloved, but leave room for the wrath of God for it is written, “VENGEANCE IS MINE, I WILL REPAY,” says the Lord. . . Do not be overcome by evil, but overcome evil with good.”

That circle of friends? God created us for fellowship with Him. He saw the need for us to have “one-anothers” in our life – our circle of friends. He tells us to live peaceably, as much as possible, but even Jesus, in all His perfection, was ridiculed, spit upon, rejected, and crucified.

How can I be “a living sacrifice”?

It is “obedience.” It is a “surrendered life.”

It is our response to His love.

Kathy Rice has lived in Pennsylvania since marrying her husband in 1977. She was born and raised in Montana, and attended Montana State University and YWAM’s School of Evangelism in Bozeman. She met her husband on a wagon train that went across the United States in 1976 during the bicentennial with Youth With A Mission. She attended Christ for the Nations in Dallas, Texas, and worked in Haiti among the impoverished nationals where her first child was born. Her six grown children currently live in central Pennsylvania, and she enjoys time with her thirteen grandchildren. Kathy has authored a book, Kathy Run, telling of her young life on a farm in northeast Montana while attending a one-room school. She is currently a Realtor® with Re/Max of Lebanon County. Many of her inspirational pieces are drawn from her experiences on the farm, on the mission field, and raising her family next to her husband, Donnie Rice.
← Embrace the Cross The Good Old Days →