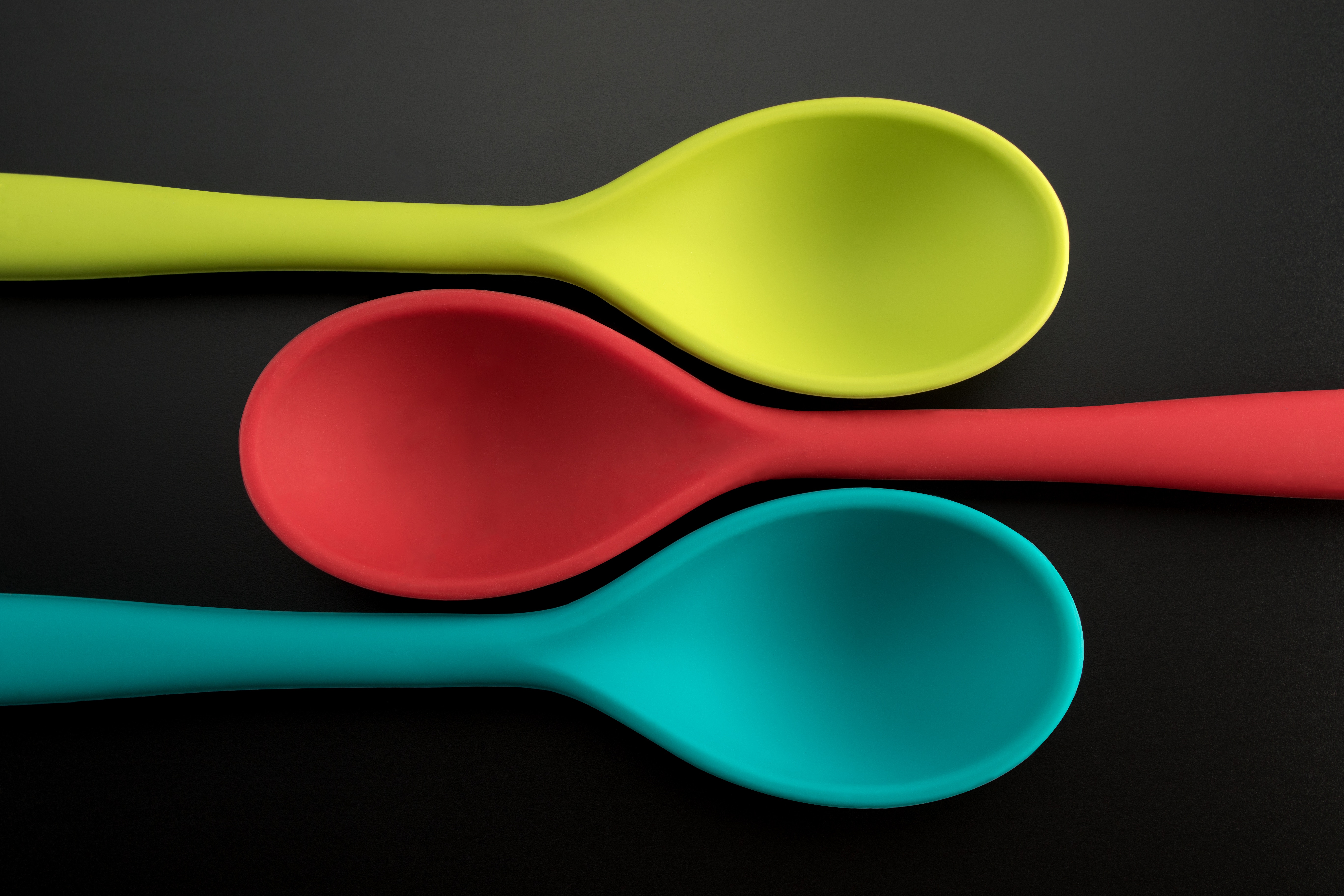 I was sitting in class at a Youth With A Mission school when I was a young Christian. We had guest speakers each week, like YWAM founder Loren Cunningham, his cousin Leland Paris, Paul Hawkins, Joy Dawson and Campbell McAlpine. These people were big names of that time and as a result of their teaching, my life was getting an overhaul. I was learning things I had never heard before, but there it was, right in the Bible. Whenever there was something new, the teachers encouraged us to study it out for ourselves.

One of the visiting teachers was Kalafi Moala, a man from the Tongan Islands in the Pacific Ocean. He was a man who was free to worship God and he freely spread his arms out wide as we sang the praise songs that were so popular in the ‘70’s. He spoke to us about fasting.  It wasn’t the first time I ever heard of fasting – in fact I had fasted a couple times. Fasting was kind of exciting. It wasn’t something taught at the traditional church where I grew up, so when I was first saved, it was a new concept.

I had never seen anyone from Tonga before. Kalafi was outspoken and had a deep walk with his Lord. He shared his experience of a 21 day fast he had done. I did a doubletake – did he say 21 days? I just shut down. I don’t think I heard another word. Could someone really live for 21 days without food?

At the end of the session, he asked if anyone had questions. Boy, did we have questions!

“No juice, just water,” he replied.

“That’s right, go ahead, look in your Bible. It was just 21 days. Jesus fasted much longer.”

“I committed my time to prayer and spending time in the Word of God.”

That was it. He had to be the holiest man I had ever met. No wonder he lifted his arms in worship the way he did! No wonder he nearly broke out in dance while our awkward group was just beginning to find that kind of freedom in the Lord. At the time, I concluded only super holy men of God could do a fast like that!

Several years passed. I traveled across the United States, I got married, I went to a school at Christ for the Nations in Texas, and my husband and I were missionaries in Haiti. Although we did a one-day or three-day fast every once in a while, that crazy 21 day fast kept coming to mind .

I didn’t really like fasting. The church that sent us to Haiti did a 10 day fast every year to kick off the new year. I didn’t like that at all. My birthday is January 8. The fast was always over my birthday, so you can imagine the imposition on MY life, no longer enjoying the extension of the holiday over my special day. Nobody wanted cake – they were fasting! And I felt guilty for not take part, but I preferred to eat. I did fast…once in a while…begrudgingly. The Bible says in Matthew 6:16, “When you fast, don’t do as the hypocrites do, for they disfigure their faces. Truly I tell you, they have their reward in full.” He not only calls us to fast, but wants us to do it willingly and without attitude! I think I might have been a “have my reward in full” kind of person – I did it kicking and screaming.

I still wondered if it was really true, could a person really live 21 days without food, until my husband decided to fast when we were in Haiti. It started out as a 3 day fast, but turned into 5 days. At 5 days he decided to do 10, and at 10, he continued to 21 days. I could hardly wait for him to be done. At 21 days, he saw the breakthrough he had been praying for. But then he told me he believed God was calling him to do a full 40 day fast! Moses did a 40 day fast. Jesus did too. We were dealing with a lot of issues in Haiti with the mission we were part of, so he took it all to the Lord in prayer.

We witnessed miracles as a result of that fast: a total healing in our relationship with the missionary couple we were assisting and a newfound openness with the Haitians at the marketplace. But the incredible thing was, God continued to answer prayer over the next several years! Key people Donnie had prayed for surrendered their lives to Jesus and many breakthroughs occurred in our personal lives.

Not long after his 40 day fast, I became pregnant with my first child. I rather enjoyed the fact that you need nourishment when you’re pregnant. I didn’t have to worry about fasting! And then I nursed. I didn’t have to fast! Over the next 14 years, God would periodically lead my husband to fast. I supported him, but didn’t participate, and felt no guilt since I was nursing or with child.

My children grew up. We had struggled through some difficult years as a family and my husband recognized the things we were dealing with had been in our families for generations. He felt it was time to break some chains. He decided to start the fast just a couple days after Christmas, (something I protested greatly! What about New Years Eve! What about Pork and Sauerkraut on New Years Day? He announced the purpose of the fast to our grown children. He invited them to join him for part of the fast if they felt inclined. It was exciting watching our grown children fast a day, three days, or five days, just to support their father.

He knew I started the fast with him, committing to a day or two, but as he continued the fast, he noticed I still wasn’t eating. I had failed so many times, I was reluctant to admit I was joining him in this fast. For the first time since my early days of fasting, I was excited. I was a bit dismayed that we were going to fast over my birthday, but the kids put together a wonderful family bowling party to celebrate my 60th birthday, my boss gave me an array of gourmet bottles of water from France and Italy and various parts of the world, and God brought joy in the fast. I quit at 21 days, but God truly brought a new depth and joy in my walk with Him.

And then, through divine appointment, we stumbled into Lifeway Church. We immediately knew this was where we belonged. After a long dry spell in our spiritual lives, we felt springs of living water bubbling up inside, and the things of God became exciting once again. Just a few months after becoming a part of Lifeway, I was happy and didn’t think anything could ever go wrong. That was about when Pastor started talking about starting the New Year off with 21 days of Prayer and FASTING!! I already did that once! Donnie embraced it, but once again, I begrudgingly agreed to participate. After 10 days I wasn’t doing well. Donnie encouraged me to quit, (partly because I grumbled too much and that was hindering him in his fast, and partly because my body was in upheaval) so I broke the fast. I could not understand why I couldn’t embrace the fast. I just decided, it isn’t for me. I need to think of something else.

I soon found out Pastor Jimmy called a 21 day fast twice a year! He started talking about a fast in August. I was reluctant and thought perhaps a Daniel fast (cut out the sweets and meats) would be a better fast for me. But as the time approached, I couldn’t wait to fast! This time Donnie was involved in heavy manual work, so to be fair to his customer, he decided to only fast a couple days and continue with a modified Daniel fast. This time it was my turn, a fast called by the Lord, and He gave me His grace to fast. I was excited about what God would do. I didn’t think about everything I was missing – I was enjoying deeper fellowship with Jesus. After fasting for two weeks, I clocked in at work on Monday morning and thought to myself, “by next Monday I’ll break this fast.” In the past I would be distraught over one day without food, but now just seven more days was a drop in the bucket! God’s Grace was there and He was moving in my life.

Maybe you are like me in 1975. Is fasting is a new concept to you? Is the idea of a water fast overwhelming? Is it even possible? Just like the first time I heard about fasting, Kalafi told us to check it out ourselves.  Almost everyone who fasts have their stories. Some are stories of a 10 day fast lasting one day. Others are stories of great breakthroughs that came about as a direct result of fasting.

Romans 8:1 “Therefore, there is now no condemnation for those who are in Christ Jesus.” Please know that not everyone can fast. Health issues may keep you from being able to do a fast, and that’s OK. Fasting can bring many health benefits, but if you are under a doctor’s care, it is best to discuss with your doctor whether you should participate.

I want to encourage you to set this time aside while our church is doing 21 days – fast and pray. If you can’t do a water fast, do a juice fast, do a media fast, do a Daniel fast. Do something! God is calling you to himself.

Our nation needs a revival – the revival starts with you.

Kathy Rice has lived in Pennsylvania since marrying her husband in 1977. She was born and raised in Montana, and attended Montana State University and YWAM’s School of Evangelism in Bozeman. She met her husband on a wagon train that went across the United States in 1976 during the bicentennial with Youth With A Mission. She attended Christ for the Nations in Dallas, Texas, and worked in Haiti among the impoverished nationals where her first child was born. Her six grown children currently live in central Pennsylvania, and she enjoys time with her thirteen grandchildren. Kathy has authored a book, Kathy Run, telling of her young life on a farm in northeast Montana while attending a one-room school. She is currently a Realtor® with Re/Max of Lebanon County. Many of her inspirational pieces are drawn from her experiences on the farm, on the mission field, and raising her family next to her husband, Donnie Rice.
← Bitter-Sweet Uncertain Future →