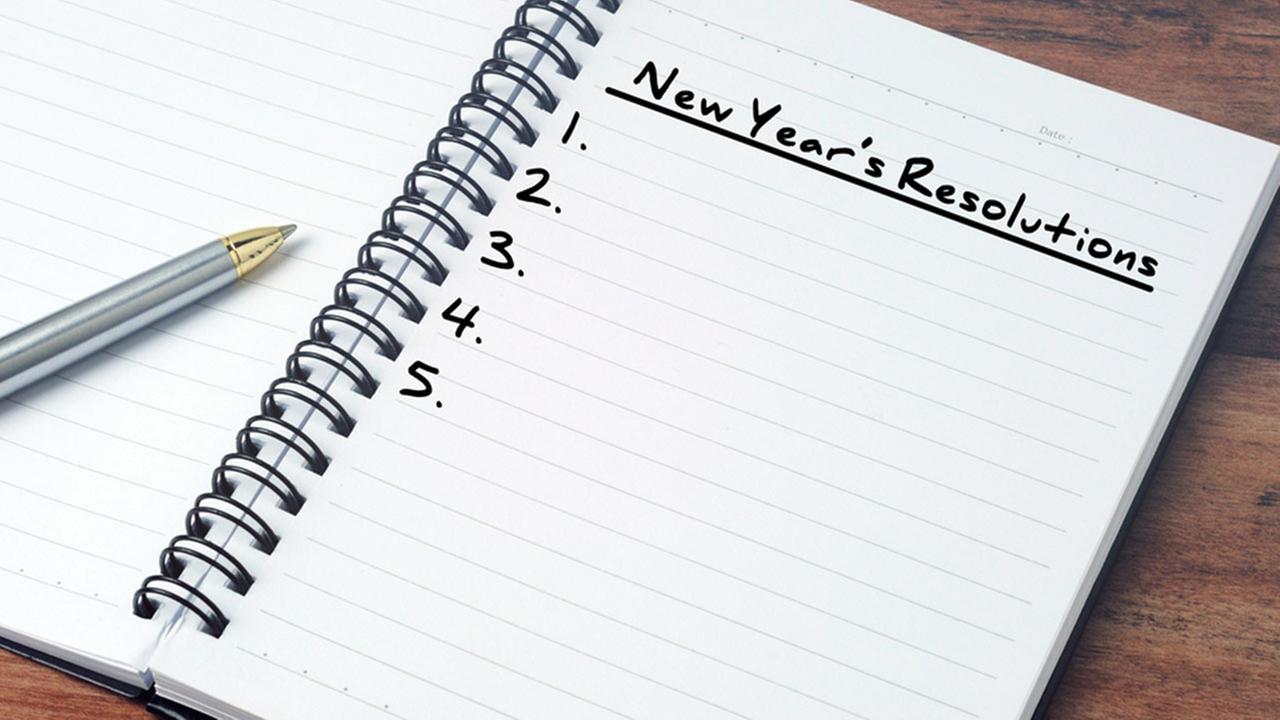 How God Makes All Things New

We must admit that we need some changes in our lives. At least in some areas of our lives we would appreciate if something would change for the better, right? It is true that we get used to things and then settle with the way things are, but if you really think about it…..I mean….if you put enough thought into it you would probably find THAT thing you are not okay with. What is it? Sickness? Broken relationship? A difficult coworker? A bad habit? Sin? Financial need? Unfulfilled dreams? Yucky job? No energy? Anxiety? Depression?

The New Year finds some of us making goals and if we get really serious, maybe we also make a vow or two. I have a distaste for this sort of thing. Of course, I have never tried it, honestly, never tried it even once. But my belief is that it never works. I mean, have you ever heard of somebody who quit smoking, and when you asked them how they accomplished it, they said, “Well, it all started with a New Year resolution.”  The marriage that was completely falling apart, “Well, around the New Year we resolved to change some things, that’s when it started.” Okay, maybe you know some stories like that. I just haven’t heard of any yet.

A New Year resolution will probably disappoint you. Goal-making is good. Disciplining yourself to see that goal met is good. But sometimes we need just a little more, okay, a lot more than we can accomplish on our own.

Is God making everything new?

He who was seated on the throne said, “I am making everything new!” Then he said, “Write this down, for these words are trustworthy and true.” Rev. 21:5 NIV

This means that anyone who belongs to Christ has become a new person. The old life is gone; a new life has begun! 2 Cor. 5:17 NLT

I love the way the New Living Translation puts this verse in 2 Cor. 5:17. “A new life has begun”. We must believe that God is still making all things new. That thing you have given up hope for? Rise up again and believe in the working power of God to see change! He is still making everything new. The New Year’s resolution probably won’t do squat unless God moves in your life. No doubt a much more effective strategy in this season would be to turn to God. Our Lifeway community does a fast in the New Year and it is so beautiful because, it is acknowledging that we need God. Without Him manifesting in our lives we are truly no different than anybody else or any other religion.

If God is always making everything new, why doesn’t it always look like it?

A few years back my sister and her husband were terribly at odds with my parents. They refused to let my mom see their children and wouldn’t visit them ever. There was a deep religious belief that my sister and her husband had that my parents were evil and they very much despised my parents and felt it their duty to punish them. During this time I felt a burden to pray, pray until something changes. So I started regularly praying for God to soften their hearts, lies to be exposed, etcetera. Now when you’re in a season of hoping and praying for change, you often look for some improvements in that particular situation. I got none of that. Instead, I kept hearing more of the same, and things just kept getting worse. I was discouraged and wondered if anything was happening. Why wasn’t God making everything new like he promised in his word? Then after about a year of praying, my Mom called to tell me that my sister and her husband had stopped in to visit them and apologized for how they had treated them. She had seen her grandkids for the first time in years, and the very first time for some of them! We finally had the breakthrough I had prayed for.

My point here is simply that we often look for immediate results rather than embracing the process. If we don’t see results right away, we move on. Important things are usually happening in the process that make way for transformation. Which means that if those things didn’t happen then we would never see the change. God was softening the hearts of my sister and her husband during the years that I was interceding, even though it looked like nothing was happening.

It is hard to press through, especially when the going has been tough and things seem to only go backwards! Maybe somewhere in the journey you have settled for the sin, the unfulfilled dreams, the sickness, or whatever you’re facing. But believe again! Pray this prayer with new hope, “Lord, it is nothing for you to help, whether with many or with those who have no power; help us, O Lord our God, for we rest on You”…..2 Chron. 14:11

Look, Jesus didn’t die on the cross for nothing. He died for lost sons and daughters who have purpose and destiny. He didn’t pay a high price for nothing! Who would do that? He died on the cross to put an end to the enemy’s stronghold over you and paid a pretty serious price to come and make all things new, starting with you. But where does it stop? God wants to make everything new! He wants his sons and daughters to rise up and impact the earth and make all things new by his mighty working power.

About the Author: Ed Hoover

This is Ed. I love making things my wife finds on Pinterest, hope to have many sons, but mostly I just want to be all God has called me to be and make a difference wherever I am. I have very few hobbies if any, learning, writing, speaking, fixing up houses, drinking coffee, and stuff like that. One of my biggest passions is ministry and in my pursuit of that I studied Church Leadership at HarvestNet School of Supernatural Ministry, was on staff at Gateway House of Prayer and am currently a Life group leader for Young Married Couples at Lifeway Church.
← I'm Losing It! New Year’s Revelation →