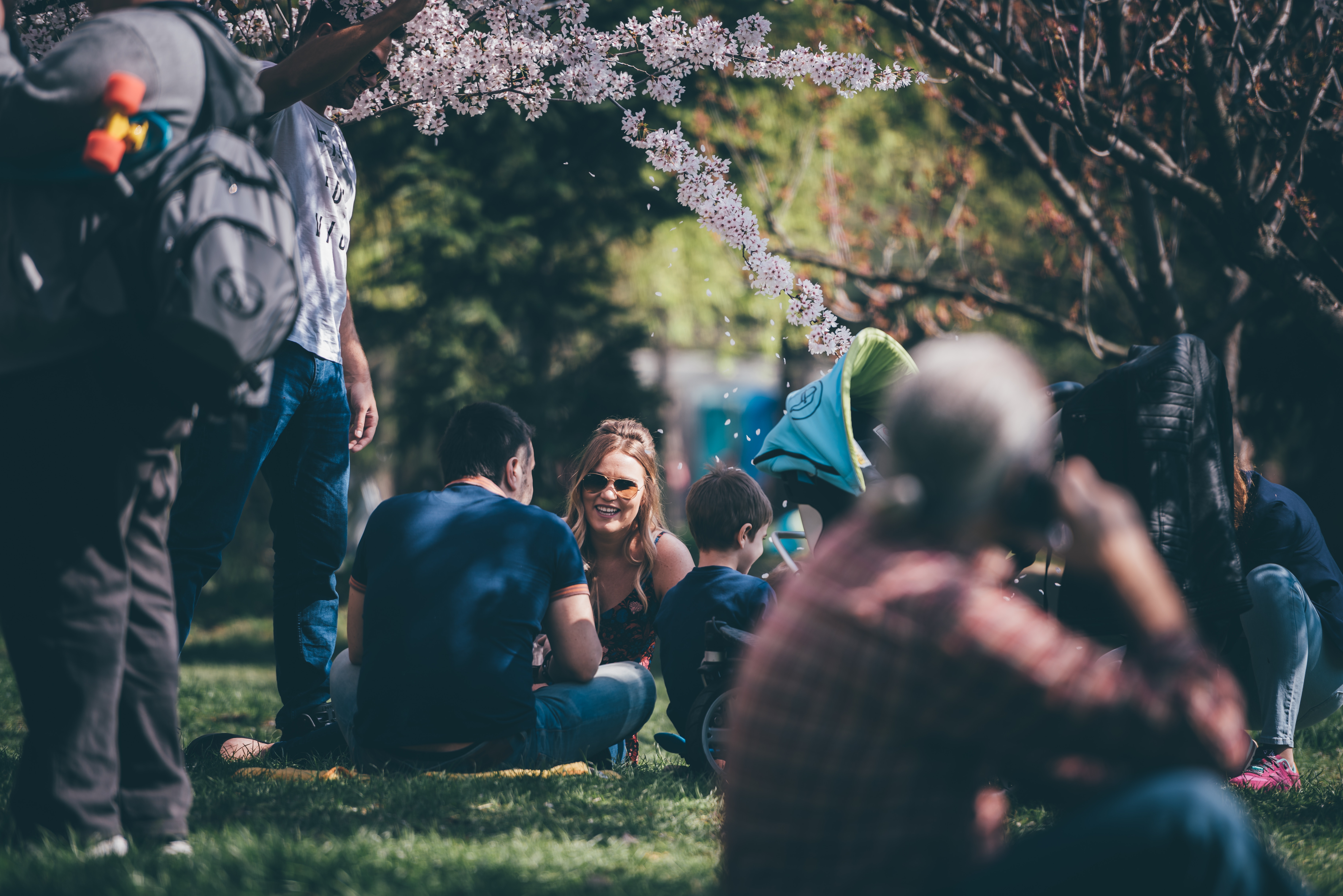 Mom was browsing through the clothing store seeing what bargains she could find. I was 5 years old, growing more bored and tired by the minute. I leaned my head against her and she put her hand on my head lovingly caressing my hair. After a bit I looked up, and to my horror, I realized this was not my mother! The lady I had leaned against hadn’t wanted to startle me. She smiled and said to my mother, “Oh how I miss mine being that little.” My mom smiled at her and they spoke for a couple minutes. I was so embarrassed! I didn’t belong to her, and I hid behind my mother’s skirt as she assured me I had done nothing to be embarrassed about.

Many years later, I sat down at the table at my husband’s homecoming dinner. In a banquet hall filled with 1,400 alumni, every class was represented from 1939 to 2018. A place had been saved for us at the table that his fellow classmates from the class of ‘71 had claimed. We were surrounded by friends we met with every year. Some of the alumni were close friends we interact with regularly. Others are friends we only meet yearly at this event. But after over 40 years, I feel like I know them well. My husband graduated when Milton Hershey School was still an all boy’s school. The guys share stories of shenanigans growing up together at Milton Hershey and complain about how good the kids have it now, and the wives have the one thing in common–we each married a Milt!

The guys milled around slapping each other on the back and laughing for the joy of seeing a “home-boy” they hadn’t seen in years. As we anticipated the gourmet meal that was about to be served, the wives sat at the table catching up on the gossip since the last year, bringing out our phones to share pictures of the newest grandbaby or recent vacation. It’s such an enjoyable event. For this night, we belonged.

A man who had graduated a different year was looking for a seat for him and his wife. They saw several empty chairs at our table and asked if all the seats at our table were taken. They were saved for our husbands, so the couple continued on their way looking for a seat so they could enjoy the evening. I felt badly for them. I wanted to make room at our table for them. I imagined they came back to homecoming for the first time and weren’t sure where they belonged. The gentleman had graduated from Milton Hershey School–he was in the right place–but that awkward feeling of “not belonging” would follow them until they found a table with friends from their graduating year.

We all want to belong. It feels terrible to feel left out. If you have a family, you belong. Sometimes we wish we belong to our friend’s family. But family is home and we know we belong. That basic need to belong is why we just had to have those converse shoes like all our friends, that MacGyver haircut, or the best smart phone and the nice clothing. We belong to clubs, cheer for a sports team, frequent places with like-minded people, and hang out with couples who have children the same age as ours.

Jesus always made sure the outcast belonged. He reached out to Zacchaeus, embraced Mary as she poured out her perfume on his feet and dried them with her hair, and called some of the most unlikely characters to follow him as he made them fishers of men. When we feel like we don’t belong, remember – He calls us be His own!

Hospitality is the gift of making sure a stranger feels like they belong. It’s important to God too.

John 3:16 “For God so loved the world that he gave His only begotten son that whosoever believeth in Him shall not die but have everlasting life.” He gives us a way to belong to Him.

Leviticus 19:33-34 “When a foreigner resides among you in your land, do not mistreat them. The foreigner residing among you must be treated as your native-born. Love them as yourself, for you were foreigners in Egypt. I am the Lord your God.”

1 Peter 4:8-9 Above all, love each other deeply, because love covers over a multitude of sins. Offer hospitality to one another without grumbling.

Romans 12:13 -29 Share with the Lord’s people who are in need. Practice hospitality. Bless those who persecute you, bless and do not curse. Rejoice with those who rejoice, mourn with those who mourn. Live in harmony with one another. Do not be proud, but be willing to associate with people of low position. Do not be conceited. Do not repay evil for evil. Be careful to do what is right in the eyes of everyone. If it is possible, as far as it depends on you, live at peace with everyone. Do not take revenge, my dear friends, but leave room for God’s wrath, for it is written, “It is mine to avenge, I will repay,” says the Lord. On the contrary, “If your enemy is hungry, feed him, if he is thirsty, give him something to drink. In doing this, you will heap burning coals on his head.

I was one of the welcome team members for first service at church. It was early and only the impact team members and their children were there yet. A lady walked in and stood so she could have a good view of anyone coming in the doors. It looked like she was expecting someone. I watched her for a moment. She looked uncomfortable. I approached her and she explained this was her second time at our church. She was waiting for the friend she had met the last time she was here, hoping to catch her on the way in so she would have someone to sit with. Pam, a fellow team member, quickly invited her to sit with their family if her friend didn’t show up.

Let’s reach out to our friends, our neighbors, and all those around us to make sure they know they belong. Sometimes it just takes a kind word from a stranger to put someone at ease.

Let our prayer be that God gives us sensitivity to those who are lonely and need a friend. That we recognize when we are being self-conscious and become God-conscious instead. That He helps us let go of our own insecurities and recognize who we are in Christ: vessels to bring hope and love to a dying world. Thank you, God, for making us a part of your family. Let us share the Good News and bring our neighbors hope!

Kathy Rice has lived in Pennsylvania since marrying her husband in 1977. She was born and raised in Montana, and attended Montana State University and YWAM’s School of Evangelism in Bozeman. She met her husband on a wagon train that went across the United States in 1976 during the bicentennial with Youth With A Mission. She attended Christ for the Nations in Dallas, Texas, and worked in Haiti among the impoverished nationals where her first child was born. Her six grown children currently live in central Pennsylvania, and she enjoys time with her thirteen grandchildren. Kathy has authored a book, Kathy Run, telling of her young life on a farm in northeast Montana while attending a one-room school. She is currently a Realtor® with Re/Max of Lebanon County. Many of her inspirational pieces are drawn from her experiences on the farm, on the mission field, and raising her family next to her husband, Donnie Rice.
← Loving Life Is Worth the Risk Invincible Weaklings →