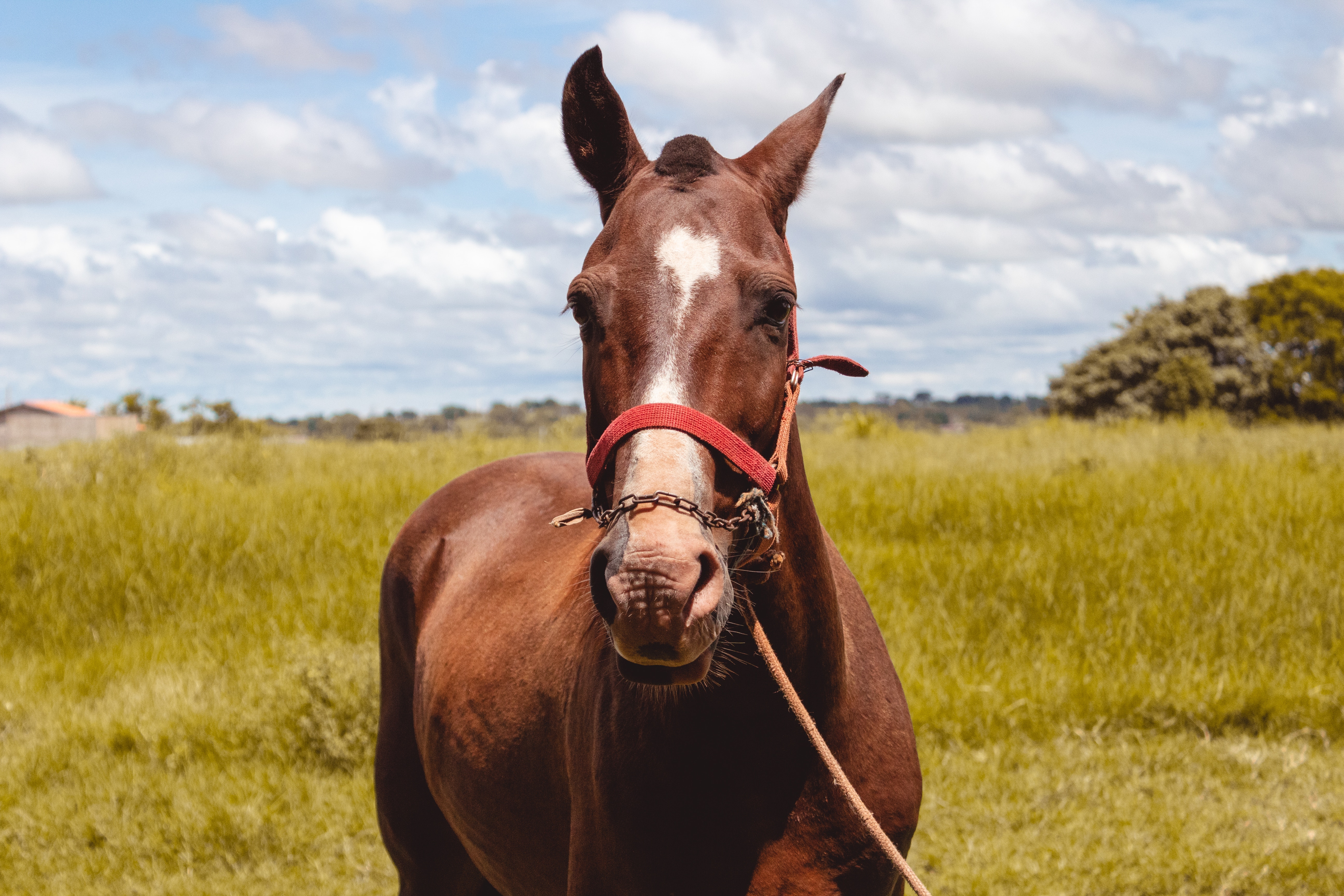 In the Master’s Hands

My big brother, David, just came home from college. He was in Veterinary School and needed to make some serious money to help pay for college. Until this year he had spent his summers living at a neighbor’s house to work for the season, but the $50 per week earned as a farm hand wasn’t enough. He decided to start a business.

“Kathy, how would you like a job for the summer?” he asked. “It’s going to be the greatest job you will ever have.”

I was 13 years old. The thought of a summer job was very exciting.

“We’re going to break horses! It will be the greatest job you will ever have,” he repeated. “You get to ride horses all day. You get to help me work the horses and get them so they are comfortable around people.”

“You get to brush the horses, help feed them, keep the water tank clean, and did I mention, ride every day as much as you want? The biggest part of the job is just spending time on the horse. You can ride all day. You don’t have to worry about tiring the horse out because there will always be another to ride!”

“I already told you. You get to ride horses all day every day. With me!”

I laughed. He didn’t have to wait for me to reply. He knew I was in.

It wasn’t long before our barnyard was full of horses. David took on 15 horses within the first couple weeks. News traveled quickly and he soon had an entire summer of clients with problem horses who were willing to pay for his services.

I held the horse’s halter rope while David waved a saddle blanket around him getting the horse comfortable with movement and touch. As he worked his magic, I watched a snorting, frightened, wild horse calm down and, within a couple days, we were riding carefree across the Montana prairie. The idea was to “green break” the horse: getting the horse used to being ridden and teaching it to stop, turn, and respond to simple leg cues.

I practiced my riding skills and enjoyed the carefree rides with David. The most important thing of all was teaching the horses to trust us. That entailed getting them used to having a person on their back and not spook when a tumbleweed blew across the path or an unexpected, camouflaged prairie chicken darted out from under the horse’s hoof. The only way to do this was spending time in the saddle.

David had just gotten a tall buckskin from a neighbor. Buck had never been ridden. It rained in the morning, so David spent more time with the horse getting him comfortable with movement and touch.

I held Buck while David flapped the saddle blanket around, and soon the horse no longer flinched every time the soft blanket fell on his back and legs.

Buck let him put a saddle on without much protest. As David tenderly stepped into the stirrup and swung his leg over his back, Buck pranced a bit, but David was able to control him fairly well.

I saddled Speckles, a charming white horse with black spots. He belonged to a classmate of mine. He had been acting up and the owner wanted to see if we could break him of those habits.

David and I took off together out of the barnyard and up the hill just past the farm buildings. I felt comfortable enough to do anything on the horse. After Buck settled in and seemed to be doing all right, I asked David if I could give Speckles a run. He knew Buck wasn’t ready to go, but told me to go ahead. I took off at a gallop, enjoying the breeze and the sound of Speckles hooves clacking on the dirt trail. David kept his horse from chasing after me, not wanting to take him at a gallop because he was not sure if Buck was truly ready to be taken out on the open prairie yet.

The morning rain left mud puddles in the trail. The kid in me headed straight for them, but Speckles was not impressed. He went from a carefree gallop to a dead stop, sidestepped and took off again. As I flew off the saddle, I swung around his head, winding up in front of the horse with my arms wrapped around his neck. The leather reins fell to the ground, and when Speckles stepped on them, they snapped. This entire situation spooked Speckles, and with me in front of the horse hanging onto his neck for dear life, I lifted my feet and stuck them in the stirrups to keep from falling and getting trampled.

Now I had put myself in position to be drug by the horse, so I tightened my grip with my arms around his neck. This scared Speckles even more and he took off at a full gallop heading for a hill that was too steep. With me in this precarious position, I would certainly pull the horse off balance and we would both fall and tumble down the steep decline. Buck was spooked by my horse, but David saw the severity of the situation, and my “horse whisperer” brother skillfully got his frightened horse under control. He took off at a full gallop, chased me, reached down and grabbed Speckles short broken reins, bringing both horses to a stop right at the crest of the hill.

I pulled my boots out of the stirrups and took the reins. I looked up at my hero. I was shaken to the core, and so grateful I was safe on the ground.

“Well, that was exciting,” I managed to quip. “Thanks bro.”

He shook his head and shuddered as he said, “Someday that will make a great story!”

God has a purpose for every one of our lives. Even before you surrender your life to His Lordship, he has begun his work to conform us to his likeness. Just like the horse trainer sets out to break the horse, the Holy Spirit begins his work to break us. The wild mustang is most useful to the master when it learns to surrender and follow his commands.

As we spend time with God, we learn He is trustworthy. We start hearing His voice, and learn what He is saying. We are no longer spooked by unexpected problems. We trust where He is leading and become skilled in His hands.

But how many times do we think God has to complete the work to use us? “I’m not ready.” “I can’t talk.” “I can’t explain my faith.” “I don’t know how to strike up the conversation.”

Imagine if Buck decided he wasn’t ready. My horse was racing towards the steep hill, and “the master” David used a horse that anyone else would say, “You can’t use him. He’s not ready!” If “the master” hadn’t deployed Buck, even though he wasn’t ready, what could have happened? He didn’t have a choice! He needed to save me. He had to save Speckles. And there was only one horse he could use.

How many times do we say, “I’m insignificant, I’m not needed,” so we sit back and do nothing? Maybe the little guys need a T-ball coach. Maybe a new mother needs a meal. Maybe a child won’t get any Christmas presents if you don’t step up and offer to help.

Can you imagine if you were Buck? “I can’t save Speckles! This is my first time under a saddle. Isn’t there a horse in that barnyard that would be better at it? It looks too dangerous. I don’t know.”

The master knew Buck was the only choice. Buck didn’t hesitate. He just followed the command of the master.

God is ready to show Himself faithful. and use you right where you are, no matter where you are in your walk with Him. But He doesn’t want us to stay in the “green broke” state. He wants us to grow in Him, study His word, study His character, and learn to truly hear His voice: that still, quiet nudge of the Holy Spirit to move or stay, to speak or be silent, to know His direction for every circumstance.

Kathy Rice has lived in Pennsylvania since marrying her husband in 1977. She was born and raised in Montana, and attended Montana State University and YWAM’s School of Evangelism in Bozeman. She met her husband on a wagon train that went across the United States in 1976 during the bicentennial with Youth With A Mission. She attended Christ for the Nations in Dallas, Texas, and worked in Haiti among the impoverished nationals where her first child was born. Her six grown children currently live in central Pennsylvania, and she enjoys time with her thirteen grandchildren. Kathy has authored a book, Kathy Run, telling of her young life on a farm in northeast Montana while attending a one-room school. She is currently a Realtor® with Re/Max of Lebanon County. Many of her inspirational pieces are drawn from her experiences on the farm, on the mission field, and raising her family next to her husband, Donnie Rice.
← You Are Under Surveillance Have You Hit the Wall? →