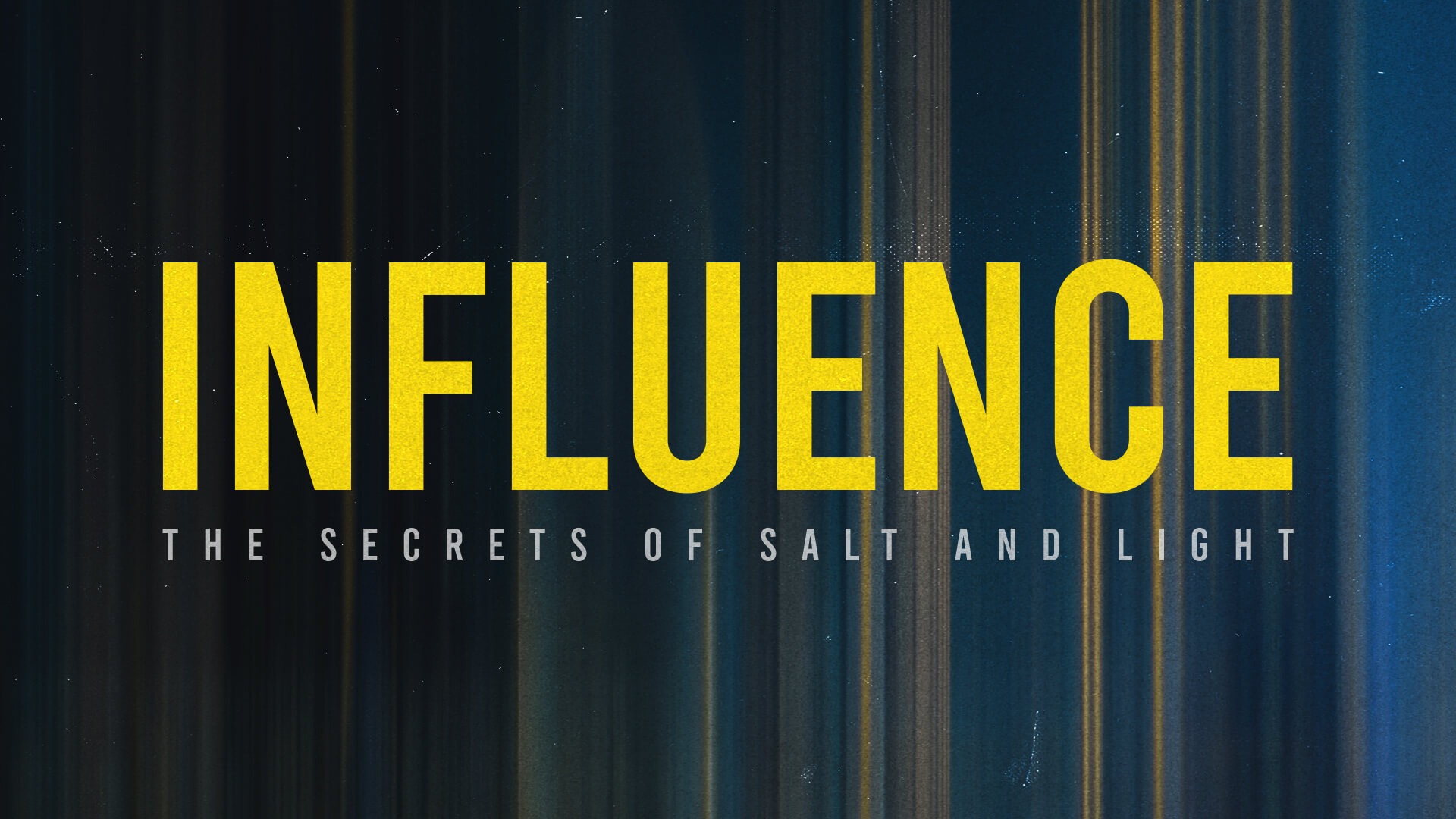 Influence: The Secrets of Salt and Light

I love our mission statement at Lifeway Church:

It’s that fourth bullet point that I want to zero in on with my blog today. I am sensing that God has been profoundly speaking to Lifeway Church. Two of the most powerful messages for me lately have been that we are BLESSED TO BLESS and, we are HARDWIRED FOR PRAYER.

We are blessed! Lifeway Church is a community of people, not a building or an organization! We are God’s instruments to bless the world. God is in the blessing business. He blessed Adam and Eve in the Garden of Eden (Genesis 1:28), and He told the patriarch Abraham that He would bless him and make him a blessing (Genesis 12:2). We are blessed to bring people into a relationship with Jesus and make their lives abundantly fruitful, whether they’re across the aisle or across the world.

We are hardwired! God has hardwired Lifeway Church to work through and as a result of prayer. God invites us to join him in his mission, and if we accept this invitation, we must learn to connect with him through prayer.

Jesus, in His Sermon on the Mount, laid down the foundational principles of His kingdom. In Matthew 5:13-16, He said, “You are the salt of the earth. But what good is salt if it has lost its flavor? Can you make it useful again? It will be thrown out and trampled underfoot as worthless. You are the light of the world—like a city on a mountain, glowing in the night for all to see. Don’t hide your light under a basket! Instead, put it on a stand and let it shine for all. In the same way, let your good deeds shine out for all to see, so that everyone will praise your heavenly Father.”

Jesus used those two metaphors, salt and light, to describe those who would follow Him. Through them He was saying, “I have created you and called you to make a positive impact on the world.” Lifeway Church does not exist to be a religious country club. We exist for people who don’t know Jesus. This statement from Jesus came on the heels of the beatitudes (Matthew 5:3-12). The beatitudes represented godly character. With the salt and light metaphors that followed, He was saying good character leads to action and influence.

Salt in the ancient world was a valuable commodity. It was used in making covenants. Roman soldiers were often paid with salt. That’s where we get the saying “He’s not worth his salt…” Salt is a preservative. We are the preservative of the world. Our culture cannot salt itself. Left to itself, it can only decay and deteriorate. Do you see decay in the Lebanon region? I do! But we like to blame that on the world. But the world cannot salt itself. We are the salt.

I like how John Stott put it: “God intends us to penetrate the world. Christian salt has no business to remain snugly in elegant little ecclesiastical salt cellars; our place is to be rubbed into the secular community, as salt is rubbed into meat, to stop it going bad. And when society does go bad, we Christians tend to throw up our hands in pious horror and reproach the non-Christian world; but should we not rather reproach ourselves? One can hardly blame unsalted meat for going bad. It cannot do anything else. The real question to ask is: Where is the salt?”

And then there’s the light metaphor! We are a corporate light – a city on a hill. Lifeway Church is to be like a city set upon a hill. A light of unity, blessing and good works. When Jesus said “set” on a hill, he meant PLACED! God put us here! It’s His will and our destiny.

Let’s take a minute to look at what light does.

Darkness is a non-entity. Darkness is simply the absence of light. Darkness has no ability to overcome the light. That’s what the apostle John was trying to say in John 1:5, “The light shone in darkness and the darkness could not do away with the light.”

When we let our lights shine, we uncover and reveal the beauty and glory of God. That’s what Jesus meant in Matthew 5:14 in The Message translation, “Here’s another way to put it: You’re here to be light, bringing out the God-colors in the world. God is not a secret to be kept. We’re going public with this, as public as a city on a hill.”

We are called to be salt and light. In other words, influential people in the world who make an eternal impact on others.

Let me end with a few salt and light contingencies…

If we don’t have anything different to offer, we won’t have much of an impact. If our lives lack a purpose, and if our lives do not reflect a different value system, it is, in the words of Jesus, good for nothing. If we lose our distinctiveness, we lose our impact. Different doesn’t mean making people mad. True holiness often attracts and seldom offends. Living differently is contagious. There just may be something worse than persecution. It is being ignored. By in large the church in America is being ignored. It has become marginalized.

2. Our influence is contingent on us being in the thick of it.

Jesus said we are the light of the world, not the light of the church. If the only time we let our light shine is at church on Sunday, we essentially hide our lights under a basket. We get to church and take the basket off. When we leave, we put it back on.

If Jesus were here in physical form today, He would probably be found in places many of us wouldn’t be caught dead in. Dietrich Bonhoeffer, the German-born Lutheran pastor who died for his faith at 39 said, “A community of Jesus which seeks to hide itself has ceased to follow him.” We cannot hide! We must go into the world, not to be shaped by it, but to change it.

3. The influence of salt and light goes on.

Good works (light shining) go on and on. They work continuously. There are future generations waiting for our impact and influence. We are where we are and who we are because of a chain of events that led us here. Let’s make decisions and do things that will benefit another generation. The power of a life well-lived will impact generations to come.

Yesterday I led the noon prayer time at Lifeway Church. I sensed the Lord leading me to have those who gathered for prayer to pray for the children who were recently dedicated as well as their parents. I prayed for these things:

At one point it occurred to me that, at the age of 70, it’s unlikely that I will live long enough to see the answers to those prayers. But I prayed them anyway. Why? Because salt and light go on and on. Salt and light leave legacies.

Go and be salt and light today!

"Steve Sabol was born October 3rd, 1950 in Bristol, PA. He married Nancy Keller, the love of his life on July 12th, 1969. They celebrated their 50th wedding anniversary in 2019. They have a son and a daughter, five granddaughters, and five great-grandchildren. Steve entered full-time pastoral ministry in August of 1980. He’s been a shepherd for over forty years. He moved to Lebanon thirty years ago and today serves as one of Lifeway Church’s community pastors. Steve has been a musician for over fifty years and his favorite instrument is the guitar. Ministering to men in prisons, churches, rescue missions and community centers has been a passion of Steve’s for over 12 years. He has spoken at over thirty men’s events across the country and sends out a daily inspirational email to over 6,000 men every day. He is currently writing a book titled “Connected” which should be available in the summer of 2020. Steve loves spending time with his bride, and staying busy for the King, changing the world one man at a time."
← Live Worthy Lenses →