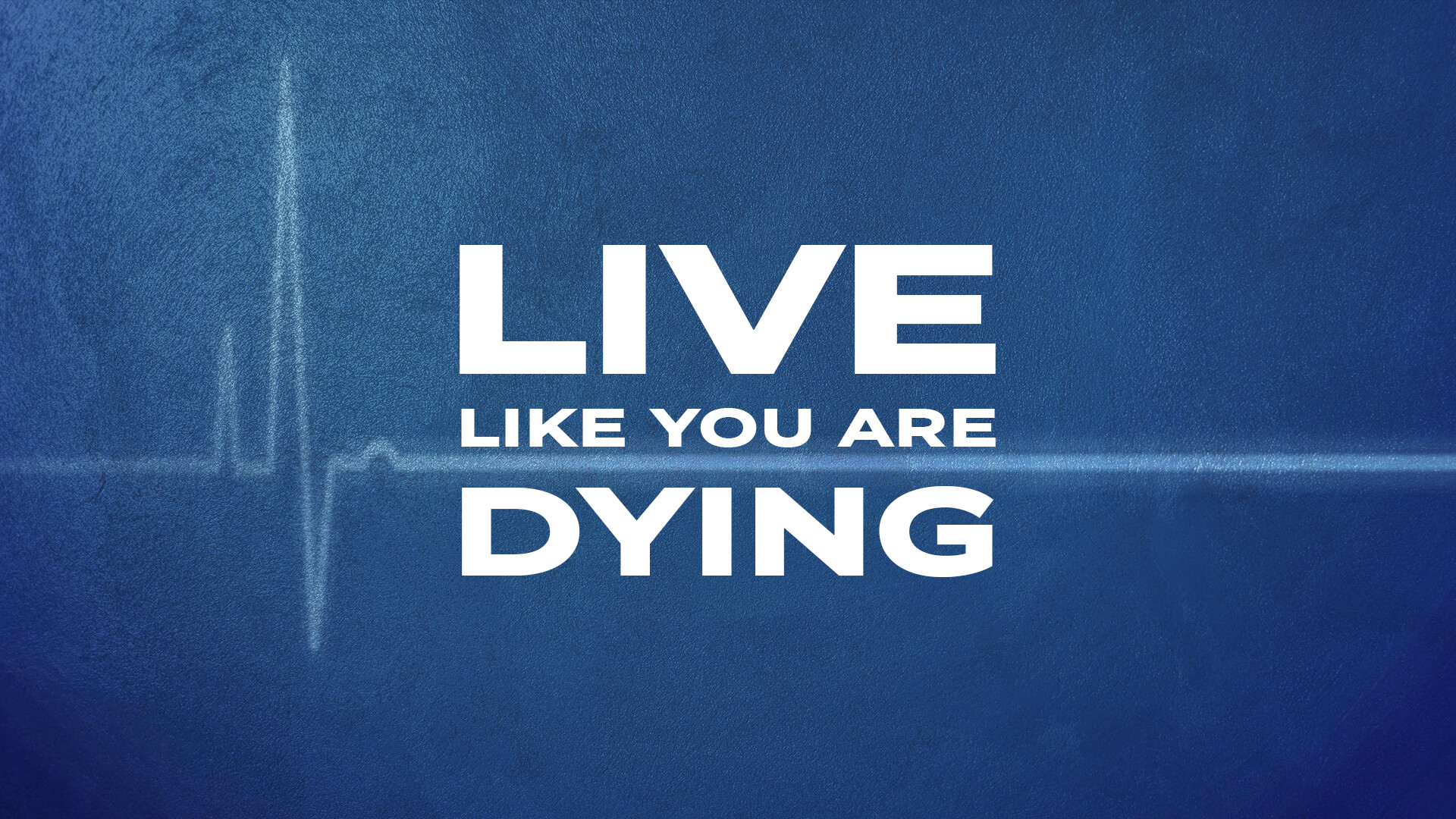 I had a near-death experience 43 years ago at the age of 27 that has helped form my approach to life and ministry. I dedicated my life to Jesus just 2½ years earlier and acknowledged and began fulfilling the call of God upon my life to be a pastor earlier that same year.

During the Thanksgiving weekend of 1977, we traveled to New England with another family from our home church. I spoke at a couple of churches in the area on Saturday and Sunday. While there, I started showing some strange symptoms, such as blood blister type marks all over my body and inside my mouth. I felt OK, but certainly did not look like I was OK!

My bride Nancy decided I needed to visit our family doctor as soon as we got home. His office made time for me first thing Monday morning, and after taking one look at me, he decided that my blood platelet count was low. He confirmed it with a STAT blood test.

Later that same day he called to say that my platelet count was less than 10,000 microliters, while the normal range is 150,000 – 400,000 microliters. The doctor warned me not to go to work, or do anything physical, as even a simple bruise or a cut while shaving could result in catastrophic hemorrhaging. He also said to call him if any other symptoms appeared. He thought it could be an immune reaction in my body and placed me on the steroid prednisone.

When I got up the next morning, I started passing blood in my urine. I called the doctor as he suggested and he said to get over to St. Mary’s Hospital immediately, where I was admitted on November 30th. That began a 37-day hospital stay, and a very challenging medical crisis that affected me and our family.

While at St. Mary’s they ran many tests to try to diagnose why my body was lacking platelets. They even screened me for leukemia. Nothing came back positive. The doctors were stumped. Then, on Monday, December 6th, my attending physician at the hospital came into my room as I was watching Monday Night Football. He proceeded to tell me that my case has baffled everyone, and that after consulting with the leading hematologists in the nation, they decided they were going to surgically remove my spleen. In a very small percentage of the cases that presented like mine, the procedure remedied the situation. The surgery would be extremely dangerous, and there would be a very strong possibility that I would die on the operating table.

After he left my hospital room, I immediately called my bride. Nancy said she would be there first thing in the morning. After hanging up the phone I began to pray and consider all my options and possible outcomes. Then a supernatural wave of peace came over me. I realized that whatever happened to me the next day, I would come out a winner. If I died in the operating room, I’d win. Two and a half years earlier I accepted Jesus as my Savior, and I would be with him in that scenario. If I lived, I would win. I would devote the rest of my life in service to Him, and would be a living testimony to the awesome power and faithfulness of God.

Then I decided to write a letter to my bride of 8 years and my children Barbara who was seven, and my son Steve Jr. who was only four, in the event that God’s plan was option #1. Forty-three years later, I thought I would share with you the contents of that very personal letter that my wife has kept all these years. Here is what I wrote that night…

I was just told by my doctor that I would be operated on in the afternoon. As I lay back in the dark in a spirit of prayer, I decided to write down some of my heart’s deepest thoughts. When I think of all the possible ends to this ordeal, I don’t believe it to be a lack of faith by saying that this could be my last opportunity to express my feelings to you. So, without fear I say, for me to live is Christ, but to die is gain.

First to my wife I say, I love you dear. You may remember the times our days were clouded, but believe me they were few compared to the sunlit days of love we have shared time and time again. A better wife I could never find, nor a more faithful friend or closer companion. There is not enough ink in this pen, nor paper in this notebook to adequately express my feelings of love and appreciation for you. Remember the times of love and sharing. Remember me as a husband that truly strived for perfection, but many times had failed. And if God’s will for me today is to claim my eternal reward a little early, then I say, I will meet you in the rapture.

To my 2 young children, well, I guess a dad wants to be remembered as sort of a superman. They look to you automatically for the answers to earth’s confounding questions like where is heaven, and is there really a Santa Claus. God’s best gift to me next to my wife and my Savior are these precious little gems of Jesus. I say to them, cling to that old rugged cross!

Barbara, you’re daddy’s little girl, who, though only a few years old led her sin hardened father to the Church of God. God will bless you for that. Just hold onto that nail scarred hand.

To Steve Jr, well, what can I say? You’re the son that every father prays for. Take care of your mom and stop sucking your thumb. I promised you on the phone I would take you fishing when I get out. I may have to postpone it a while. But if there are fish in that crystal river on the other side of Jordan, we’ll get ‘em.

To the rest of my family I say thanks. Thanks to a mother of dedication. To a sister and brother of love. To a father who is lost and broken I say, rise and be healed in the name of Jesus.

Regrets? Maybe a few. No more teaching that Sunday School class. I’ll miss it. Maybe I had my last opportunity to talk to someone about Jesus. Maybe I preached my last sermon – there were only 3. Maybe I sang my last song on earth for a while. But oh, what a hallelujah meeting on the other side. Amen.

This all may sound silly. I believe that God is not through with me yet. I have a work to do that was ordained of God. I believe he will heal me and use me to further his kingdom. But, whatever my lot, I can say it is well with my soul.

Friends, when life is stripped of all that we have given so much of our life and energy to, relationships are all that remain. Our relationship with God, family and friends. Nothing else is equal in value.

It’s funny, as I read this letter again that I wrote 43 years ago, I realized that if I were in a similar situation today, the new letter wouldn’t look a whole lot different than the old one, other than a few updated details.

An experience like that defines you and forever changes how you view the gift of life. From that day forward, I have tried to live my life like I am dying. It has helped me keep my priorities straight and kept me focused on relationships.

"Steve Sabol was born October 3rd, 1950 in Bristol, PA. He married Nancy Keller, the love of his life on July 12th, 1969. They celebrated their 50th wedding anniversary in 2019. They have a son and a daughter, five granddaughters, and five great-grandchildren. Steve entered full-time pastoral ministry in August of 1980. He’s been a shepherd for over forty years. He moved to Lebanon thirty years ago and today serves as one of Lifeway Church’s community pastors. Steve has been a musician for over fifty years and his favorite instrument is the guitar. Ministering to men in prisons, churches, rescue missions and community centers has been a passion of Steve’s for over 12 years. He has spoken at over thirty men’s events across the country and sends out a daily inspirational email to over 6,000 men every day. He is currently writing a book titled “Connected” which should be available in the summer of 2020. Steve loves spending time with his bride, and staying busy for the King, changing the world one man at a time."
← The President THIS MOMENT IN TIME →