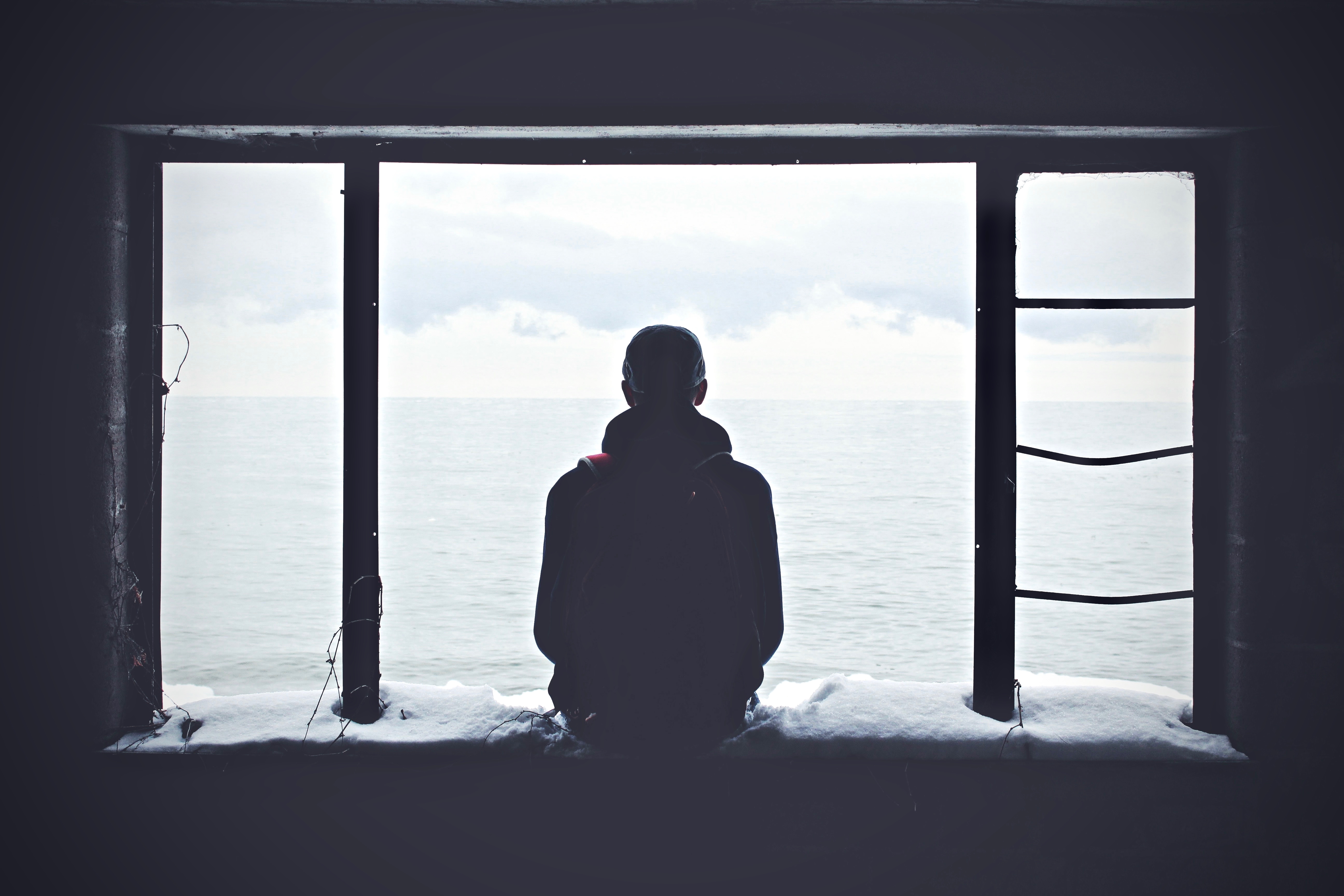 “It’s mess-up time!” twelve-year-old Paul yelled.  He slammed Carolyn’s bedroom door and locked it. Fourteen-year-old Carolyn was used to her nixie brother, and he knew exactly how to get her dander up. She pounded on her door and demanded he open it immediately.  She imagined him taking all her clothes out of her dresser, and maybe getting the games from the top shelf of her tiny closet and spilling the contents.  Her school books were in there, and her bed was made this morning.  He was probably ruffling up the blankets and taking the pillow cases off the pillows. She needed her notes from Biology class to be in order so she could study for the final next week. She continued to pound on her door, demanding Paul to open it, begging him not to mess up her room.

I witnessed the whole thing and ran outside to tell Mom Paul was deviling Carolyn. She was hanging towels on the clothesline outside Carolyn’s bedroom window.  Carolyn’s window opened and Paul climbed out.

He put his finger to his lips. “Shhhh,” he whispered. He motioned me to follow him. As Carolyn continued to yell and pound on her door, He ran around to the front door and nonchalantly walked into the house. He sat at the table and peeled a banana and started eating it.

“Paul!” She exclaimed as she spun around to grab him. He dropped the banana and ran outside with her in high pursuit.

The song was a perfect fit for everything that happened through the week. This week had been trying.  Ken shared prayer requests, giving direction for things happening in the church, and in the community. A few team members shared brief stories about the battles and situations they were facing.  There were financial, emotional, and physical needs.  As this was happening, I thought about my own battles.  I could just imagine the enemy yelling, “It’s mess up time!” Stress was keeping some of us awake at night.  Imaginations of how things might go, middle of the night concerns robbing us of much-needed sleep, wondering what to do, and worrying about how something is going to work out.

We talked about how the battle, defined by our struggles and concerns, was already resolved.  Our imaginations of the mess were futile. The devil says, “It’s mess up time!” but Jesus already chased him away – the enemy climbed out the side window and ran – leaving our imagination, letting us believe that we were surrounded by the enemy. As we sang the song, I thought about the lies the enemy feeds us. It might just be a tiny moment of a lie, then he runs away, and that lie grows to mammoth proportion. “It’s mess up time!” He runs away, but an hour later he sneaks back to make sure we are still vexed by the lie he fed us.

Psalm 34:7 “The angel of the LORD encamps around those who fear Him, And rescues them.”

Psalm 125:2 – “As the mountains surround Jerusalem, So the LORD surrounds His people both now and forevermore.”

2 Kings 6:17  – “And Elisha prayed, ‘Open his eyes, LORD so that he may see.’ Then the LORD opened the servant’s eyes, and he looked and saw the hills full of horses and chariots of fire all around Elisha.”

2 Corinthians 10:5  – “We demolish arguments and every pretension that sets itself up against the knowledge of God, and we take captive every thought to make it obedient to Christ.”

Ephesians 6:12  – “For we wrestle not against flesh and blood but against principalities, against powers, against the rulers of the darkness of this world, against spiritual wickedness in high places.”

The next time you feel like everything is falling apart, know this: The devil? He is a LIAR. And so are his demons. He might declare, “it’s mess up time!” but the battle has been won. Instead of imagining the problem and everything that could go wrong, open your eyes and see the horses and chariots of God surrounding you, doing battle. Jesus chases the enemy away and declares victory. This is how we win our battles! We’re surrounded by Him!

Kathy Rice has lived in Pennsylvania since marrying her husband in 1977. She was born and raised in Montana, and attended Montana State University and YWAM’s School of Evangelism in Bozeman. She met her husband on a wagon train that went across the United States in 1976 during the bicentennial with Youth With A Mission. She attended Christ for the Nations in Dallas, Texas, and worked in Haiti among the impoverished nationals where her first child was born. Her six grown children currently live in central Pennsylvania, and she enjoys time with her thirteen grandchildren. Kathy has authored a book, Kathy Run, telling of her young life on a farm in northeast Montana while attending a one-room school. She is currently a Realtor® with Re/Max of Lebanon County. Many of her inspirational pieces are drawn from her experiences on the farm, on the mission field, and raising her family next to her husband, Donnie Rice.
← Jamie's Mouse Beartooth Pass →