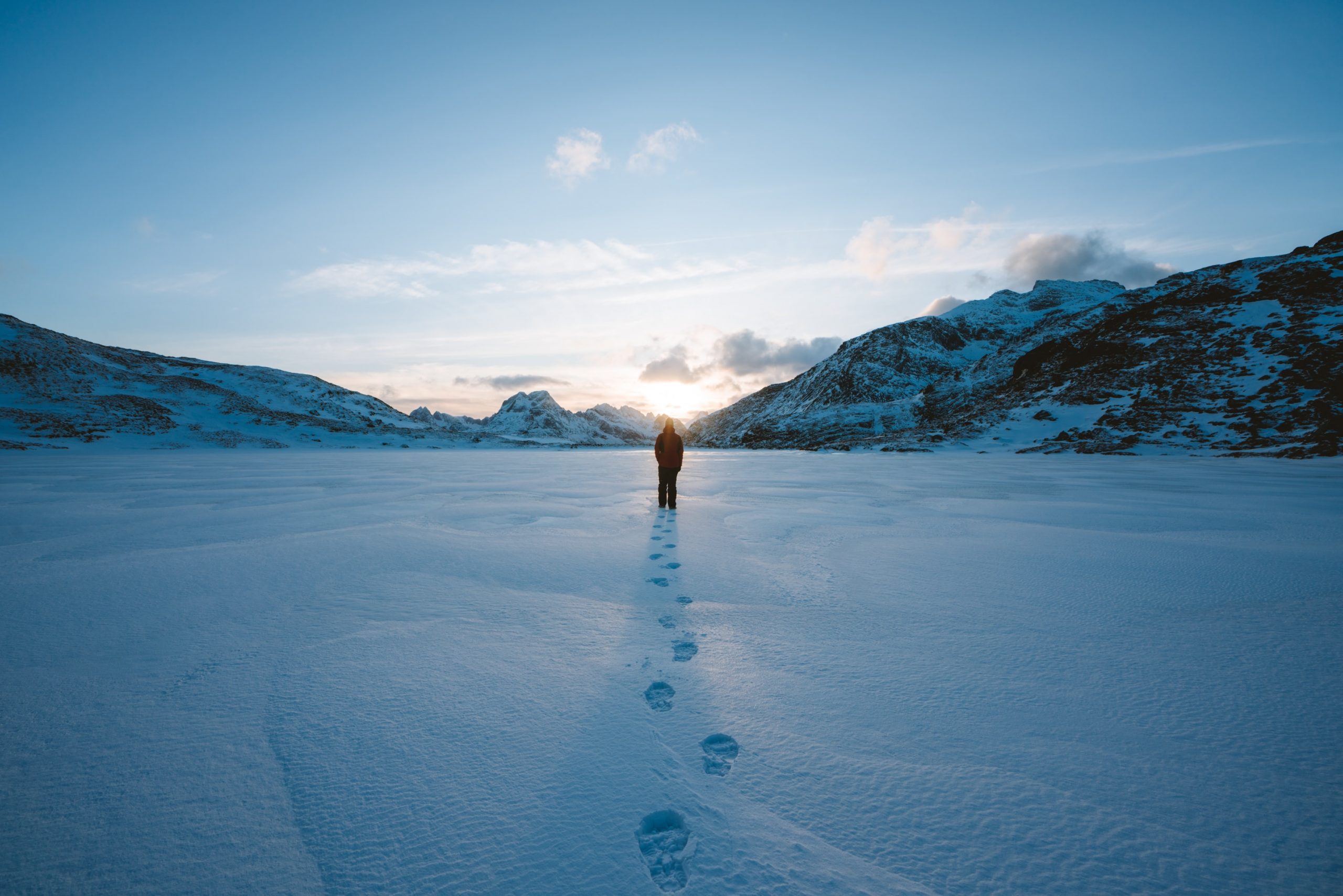 One Foot in Front of the Other

A funny thing happens on our way to getting older.  We lose our perspective on much of the past.  It’s typical for us middle-aged parents to wish for “the good old days,” when the children were little and innocent and tucked safely into their beds in our own home.  When we huddled on the family room floor to play games or snuggled on the couch for family movie nights.  When we all sat around the dinner table at the end of the day enjoying the chatter and laughter.  What beautiful, familial scenes play across the screen of our minds as we view the idyllic past we once knew!

Seriously?  Do we all have amnesia?  Have we forgotten colicky babies who screamed for hours while we cried right along with them, or preschoolers who refused to stay in their own beds and frightened us half to death with their sudden midnight appearances?  Is there no memory of siblings fighting over which movie to watch or dissolving into tears over losing a game?  What about all those dinners that ended in power struggles between strong-willed children and frustrated parents, who tried to force broccoli or green beans into the mouths of their offspring?  Were all the old days good ones?  Certainly not.

The Israelites, too, struggled with this mindset.  Anytime things got a little hairy or a little scary during their forty-year trek across the desert, their first instinct was to join forces and rant to Moses, “We want to go back to Egypt!  We had plenty to eat and life was good!”  Really?  Was it fun when Pharaoh ordered them to produce more bricks with fewer materials?  When their babies were thrown into the Nile River … that was a good time?  Did they really want to relive the plagues of frogs, bloody water, and gnats, fast and furious, one right after the other? They, too, seemed to have lost perspective when their current situation was less than stellar.

Which brings us to the grand story of the Israelites crossing the Red Sea.  As you will recall, Moses had finally led them out of Egypt, away from the big, bad Pharaoh, and better days were surely on the horizon.  Except they weren’t.

Pharaoh had a change of heart, and he and his men chased after the Israelites, regretting their decision to let them go and lose their free labor.  The Israelites made it all the way to the edge of the Red Sea … and then they were trapped.  Really, truly and hopelessly trapped, it would seem. The Red Sea loomed in front of them, bringing their journey to a grinding halt, and Pharaoh’s army, including his horses, chariots, and troops, was breathing down their necks.  No earthly way out of this mess.  Suddenly the “good old days” came beckoning, and all they could think about was going BACK.  Apparently, they had blocked out the bad parts, and so the complaining began.  “Why did you even bother bringing us out here?  We’re all gonna die!  Weren’t there enough graves in Egypt?  Didn’t we beg you to let us stay and serve the Egyptians?”  Not only did they not remember the bad parts, of which there were many, they even started fabricating lies!

Moses is the voice of calm and reason, and in some ways, his response to the Israelites sounds good.  Solid.  Full of faith.  He speaks the famous line Christians have been quoting to each other ever since.  At least, we like to quote it whenever we find ourselves caught between two impossible options.  “The Lord will fight for you; you need only to be still” (Exodus 14:14).  Yes, I rather like his advice.  Stand up straight, dig my heels into the sand, wait for God to show up and do His thing. Yeah, it sounds smart … and spiritual.

Except for one thing.  God’s advice was completely different from the cry of the people, who wanted to go backward, or from Moses, who told them to stand still.  With undeniable clarity, God says the following:

I wonder if perhaps this is one of the biggest differences between us and God, this idea that we should get moving.  We want to go back to old patterns and habits and relationships and jobs because, awful as they may have been, at least they felt safe.  We knew what to do in those situations.  And we convince ourselves that “familiar” and “fantastic” are synonymous.  Not so.

And sometimes we just get stuck.  We have enough sense to see that backing up isn’t going to work, but for the life of us, going forward just seems too scary, too hard, too unclear.  We convince ourselves that staying put is our best option.  At least if our feet aren’t moving, we can’t trip.  Yes, complacency can look a lot like courage, if we package it right.

But God?  He’s all about momentum.  Keep moving.  Stop looking over your shoulder and wishing for days gone by.  Stop wallowing in your current sin or situation.  Neither one will get you to your Promised Land.

I wonder what your tendency is today.  Are you looking back at former seasons of life and thinking if you could just go back, everything would be fine?  I’ve got news for you.  You might not remember it right now, but things weren’t perfect back then, either.  How about staying put?  It seems like a safe option, but eventually, doing nothing at all puts you in the direct path of harm.  Guaranteed.  You might only see the Red Sea in front of you, but God sees what’s on the other side.  And there’s no way you can get there unless you start moving.  Chin up, eyes forward, one foot in front of the other.  You take a step; He parts the sea.  He’s got things for us to do, people for us to meet, lives for us to change, and we absolutely cannot do any of it unless we valiantly decide to MOVE ON.

I’m Renee. Wife of one awesome husband and mom to two beautiful daughters and one terrific son-in-law. I like antiques. Old ones with original chipping, peeling paint. I like to rearrange my house and bake things like whoopie pies. I like making lists and checking things off of them. I like pretty napkins and warm vanilla sugar body lotion. I like Hershey Almond Bars, and I think they taste best frozen. I like to read and write and imagine the day someone might actually buy what I’ve written.
← Peer Pressure Three Big Questions →