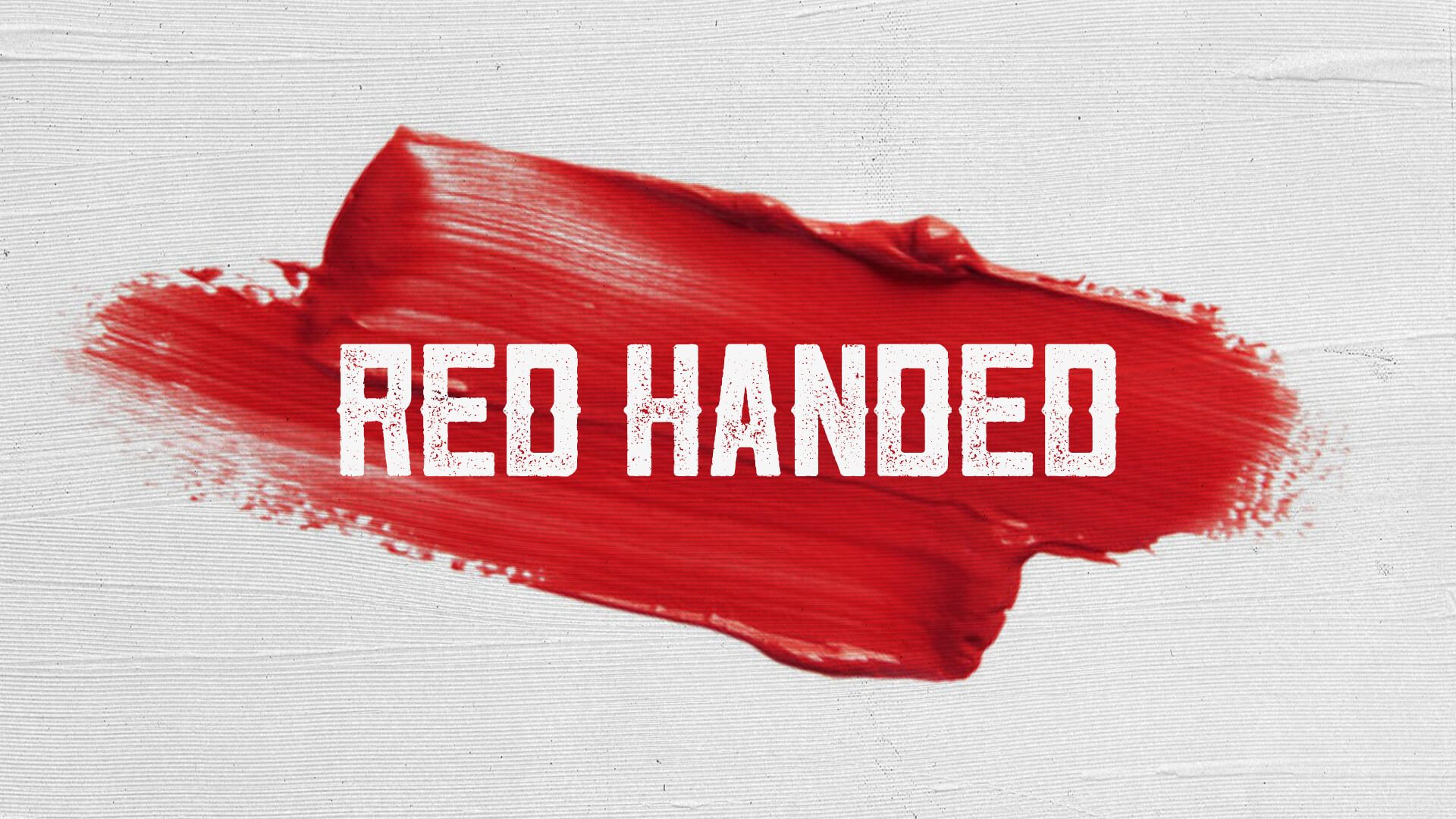 I was on a video chat with my daughter who is currently serving in the military. I still think of her as that little red-headed toddler that was so full of mischief. We were talking about my blog. I was experiencing “writer’s block”.

Then she said, “Remember the time I got into Michael’s Camouflage makeup?”

There she was, my young daughter pretending to be an army girl, covered in Michael’s camouflage paint. It was serious army makeup her brothers used when they played hunting or army. Her face was smudged and her blouse stained with different shades of green. Black shadow was smeared under her eyes.

Cody exclaimed, “Mom! Her hands are covered with the makeup. She was caught red-handed.”

There was no denying what she had done.

I could see her little mind working to figure out the answer. Her eyes looked up and to the left as she contemplated what to say. She said as though talking to herself, “I’m gonna lie.”

The next day I was busy homeschooling the older siblings. At some point I realized Jamie was too quiet for too long. I called her name.

Her hands were covered in red fingernail polish.

Seeing all the red polish on her hands, Jesse quipped, “We really caught her red handed this time!”

I didn’t really need her to tell me who put that make-up on her, or who was playing with the fingernail polish. I just needed her to tell me in her own words – confess to me what I already knew.

God told Adam and Eve not to partake of the fruit from the tree of the knowledge of good and evil. Being deceived by the snake, Eve decided to eat and gave the fruit to Adam as well. (Genesis 3) I don’t know what would have happened if their response to God had been repentance and true remorse over what they had done. They knew they did wrong. Their response? Fear. Run from God. Hide. And they recognized they were naked.

It’s hard to say. Jesus hadn’t come to redeem us from our sin yet, so perhaps they would have been kicked out of the garden anyway, but don’t you wonder if things may have gone differently if they had run to God in repentance?

Until that time, Adam and Eve’s identity was in God. He was their companion. He talked to them and fellowshipped with them.

That one act separated them from the Holy God.

From that day, the serpent slithered on his belly and there would be enmity between the woman and the snake. The man would forevermore work by the sweat of his brow, and the woman would have pain in childbirth. The man’s identity was now in his work, and the woman’s identity was now in her family. And most of us–well, there are exceptions–but most of us don’t really like snakes.

King David saw beautiful Bathsheba who was married to Uriah, an elite soldier, one of David’s mighty men. He took her and she became pregnant with David’s child.

David tried to cover it up. He called Uriah home from war so that when he laid with his wife, he would assume the baby to be born was his. Uriah did not go to his house. He was an honorable man. He wouldn’t take the pleasure of going home because his soldiers were sleeping in open fields. Instead, he slept outside the King’s door with the king’s servants. David was desperate, and even got him drunk, but Uriah refused to go to his wife.

Since his first plan didn’t work out, King David needed to get rid of Uriah. He sent him to the front lines knowing he would be killed in the battle. After Uriah was dead, and after his wife was through the time of grieving, David took Bathsheba to be his wife. David confessed his sin. He repented, and he was eager to do the will of the Lord. The Bible says that God took away David’s sin, and he did not die, but the consequences were grave to David and his family. Even with this grave sin, God refers to David as “a man after God’s own heart.” (Acts 13:22)

There are many Christians who have asked Jesus to be Lord of their lives, but they don’t truly know how to let go of the guilt of sin (present and past sin) that is in their life. Maybe that is you?

Can you just imagine how absolutely silly it is for us to hide our misdeeds from God! He already knows what you did. He knows what you are doing! Just like a parent knows exactly what the child did, He just wants you to come to Him and confess your sins and repent so you can be forgiven. That forgiveness clears the way for uninterrupted fellowship with Him.

Nothing can change God’s love for you.

He already knows you aren’t perfect. Romans 3:23 says, “For all have sinned and fall short of the glory of God.”

Proverbs 28:13 | Whoever conceals their sins does not prosper, but the one who confesses and renounces them finds mercy.

1 John 17:7-9 | But if we walk in the light, as he is in the light, we have fellowship with one another, and the blood of Jesus, his Son, purifies us from all sin. If we claim to be without sin, we deceive ourselves and the truth is not in us. If we confess our sins, he is faithful and just and will forgive us our sins and purify us from all unrighteousness.

We are the righteousness of God in Christ. He who knew no sin became sin for us. Our sins have been washed in the blood of Jesus. Nothing we do can make Him love us less. We are His workmanship. He is our Father.

Just after I finished writing the memory of the Camouflage mishap, a couple of my grandchildren were at my house. Nothing can change my love for my grandchildren. Jamie’s story was fresh in my mind, but I forgot how quickly a 2-year-old can get into trouble. Four-year-old Arrow exclaimed, “Mama! Look at Auna!”

Two-year-old Auna was on my bed with my purse. The content of my wallet was emptied, and my makeup pouch was opened. Auna had successfully smeared mascara all around her eyes, and her hands were covered in black. The bedspread was mostly spared, so I did what any modern grandma would do, I got my phone, and I took her picture.

Kathy Rice has lived in Pennsylvania since marrying her husband in 1977. She was born and raised in Montana, and attended Montana State University and YWAM’s School of Evangelism in Bozeman. She met her husband on a wagon train that went across the United States in 1976 during the bicentennial with Youth With A Mission. She attended Christ for the Nations in Dallas, Texas, and worked in Haiti among the impoverished nationals where her first child was born. Her six grown children currently live in central Pennsylvania, and she enjoys time with her thirteen grandchildren. Kathy has authored a book, Kathy Run, telling of her young life on a farm in northeast Montana while attending a one-room school. She is currently a Realtor® with Re/Max of Lebanon County. Many of her inspirational pieces are drawn from her experiences on the farm, on the mission field, and raising her family next to her husband, Donnie Rice.
← I've Got This I Love You with All My Mind →