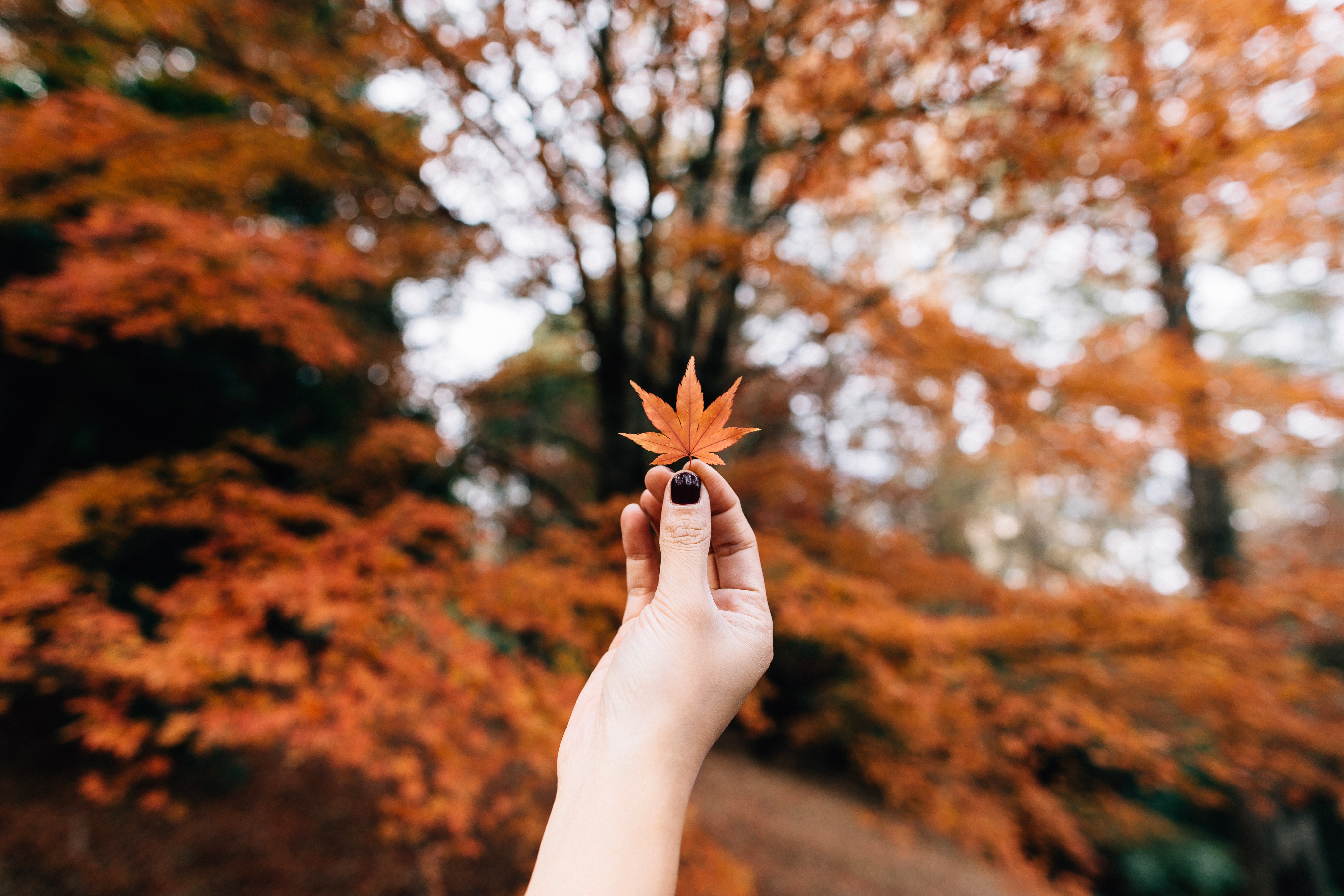 The children are back in school, and it won’t be long before the heat breaks and the leaves begin to turn.

A few years ago, I was homeschooling my children.  I asked my 3-year-old son, “Cody, how many seasons are there?”

He hesitated, and with a little prompting from his 5-year-old brother Jesse, he proudly announced, “Four!”

Jesse broke in and exclaimed, “No, no, no! There’s antelope season, deer season, elk season,” he cocked his head and wrinkled his nose and asked, “How many is that so far?”

The Bible says in Ecclesiastes 3:1 “To everything there is a season, and a time to every purpose under the heaven.”

I thought about the seasons of my life.

There was a season when we were immersed in raising our children. Donnie was a self-employed contractor, and I was a stay-at-home mom. We lived near Hershey Pennsylvania, and we took a trip to visit my family in Montana every other year. We started homeschooling the children the year my fifth child, Cody, was born.

Donnie just finished building the biggest project he had ever done: a two-story eight-unit apartment building. It was a beautiful building, but it wasn’t a good experience for him and at the end, Donnie wanted to get away from life in the east and move back to Montana. A vacation wasn’t going to be enough this time.

We were going to leave great friends and his family, but my Montana family only knew my children from our biennial trips, and we wanted our children to get to know my parents before it was too late. This move just seemed like the right thing.

Ecclesiastes 3:6 says “there is a time to keep and a time to throw away” It was the season to throw away. We decided to get rid of almost everything rather than move it across the country. I packed the minivan with all five children and a few belongings and headed for Montana. Donnie stayed in Pennsylvania for the rest of the summer because he had committed himself to work for a couple more months with his cousin.

The children and I lived with my parents on the family farm on the Montana prairie where I had grown up. The kids spent every minute with their cousins.

Donnie called me as he was packing his van at the end of the summer. “I think I should leave the TV, VCR, and games in Pennsylvania. What do you think?”

It was true. We were a family that spent too much time in front of the TV. Any time we were bored we’d take a family trip to the video store. Nine-year-old Caleb was the master of Nintendo – he had saved the Mario Brother’s princess over 100 times, and mastered every game we brought home from the video store. Nintendo was often the center of arguments between the children, and they often tested the boundaries we set.

We had spent our first year of marriage without a T.V. (on purpose), and I knew it would be good for us as a family, even though I didn’t know how I’d be able to get anything done around the house without the TV keeping the family occupied.

When Donnie joined us at the end of the summer we had to decide exactly where we would settle. Although it would make sense to settle in the area where my family lived, there wasn’t any work. We took a trip around Montana, enjoying Yellowstone Park and Glacier Park and considered everything in-between. We decided to take a lead from a friend who told us there was a devastating hail storm in Sidney and they were advertising the need for carpenters in the area. Sidney was about 150 miles from my parents.

“What do you think, guys?” we asked the children as we drove through the town. The city park had a new colorful playset with orange swings and an orange corkscrew sliding board. They all agreed we should move to the town with the “orange playground”.

We found a quaint house to rent. It was nestled in a grove of trees near Savage, Montana, a village about 20 miles south of Sidney, and once we settled and obtained some furniture, we found ourselves one evening with nothing to do.

“Let’s go to the video store”, Donnie joked. We really didn’t know what to do. We took a ride and explored the countryside, but it took a while to break old habits.

Donnie started reading Louis L’Amour books, the kids soon learned to play with each other. Donnie took the older ones out to learn to shoot guns. The hill behind the house was the perfect sledding hill in the winter, and the two-foot deep irrigation ditch in front of the house made a great swimming hole in the summer.

We made frequent trips to visit Grandpa and Grandma and the cousins. The world of hunting and fishing opened up to the children. Michael’s first reader as I homeschooled was a book on hunting written by a hunting guide from Montana. Paddlefish season opened, and we learned all about the odd-looking fish when Caleb scored big, catching a 64 lb. and a 72 lb. paddlefish in the Yellowstone River. We made new friends. The community was friendly and great friendships developed.

I worked with the children as we continued to home school, and I asked Cody again, “Can you name the seasons?”

“There is winter, and spring, and summer, and chilly!” That was closer! But in truth, he wasn’t wrong when he answered me the first time.

I have finally learned to embrace each of the four seasons we enjoy in Pennsylvania. Each season has its own beauty and brings an appreciation for other seasons, and there is nothing you can do to stop winter from coming if you are going to live here.

The seasons of life too – time marches on. I embraced my 20’s and 30’s, but my 40th birthday was difficult for me. I thought I was old. It’s now 23 years later, my son is approaching his 40th birthday, and I realize my life was just beginning at 40. I know to my 87-year-old mother-in-law, I’m still too young to complain about aches and pains.

We are all in different seasons in our lives. And in God’s kingdom that works out perfectly! Those who are in their senior years are needed by the juniors. Older women teaching younger women how to love their husbands. Men making disciples, young in Christ seeking out a mature Christian to teach them and guide them, and the children who watch it all happening, learning that Jesus is their friend.

I remember a conversation I had with a boy I liked. I liked him a lot. We were on a six-month Christian outreach and there was only about a month left before the team would part ways. I didn’t know where our relationship would end up. He tried to comfort me by saying that it’s God who brings people into our lives. Sometimes they are there just for a season. Sometimes they are there for the rest of your life.

When we know who holds the world, we can trust Him with the seasons of our life. Whether you are just beginning, or you have run the race, our earthly home is for just a season, a place to grow, endure, conquer, mature in the fruit of the spirit, surrender, and follow Jesus.

Philippians 1:20 “I eagerly expect and hope that I will in no way be ashamed, but will have sufficient courage so that now as always Christ will be exalted in my body, whether by life or by death.”

How many seasons are there?

The seasons come and go: live in this season, learn from it, rejoice in it, immerse yourself in God, commit to Him, seek out those who can help you. Seek out those you can help. Be a “one another” letting God give you divine appointments that impact you and the world around you for eternity.

Philippians 4:4 “Rejoice in the Lord always, and again I say rejoice.”

Kathy Rice has lived in Pennsylvania since marrying her husband in 1977. She was born and raised in Montana, and attended Montana State University and YWAM’s School of Evangelism in Bozeman. She met her husband on a wagon train that went across the United States in 1976 during the bicentennial with Youth With A Mission. She attended Christ for the Nations in Dallas, Texas, and worked in Haiti among the impoverished nationals where her first child was born. Her six grown children currently live in central Pennsylvania, and she enjoys time with her thirteen grandchildren. Kathy has authored a book, Kathy Run, telling of her young life on a farm in northeast Montana while attending a one-room school. She is currently a Realtor® with Re/Max of Lebanon County. Many of her inspirational pieces are drawn from her experiences on the farm, on the mission field, and raising her family next to her husband, Donnie Rice.
← Smile The Pattern Is A Person →