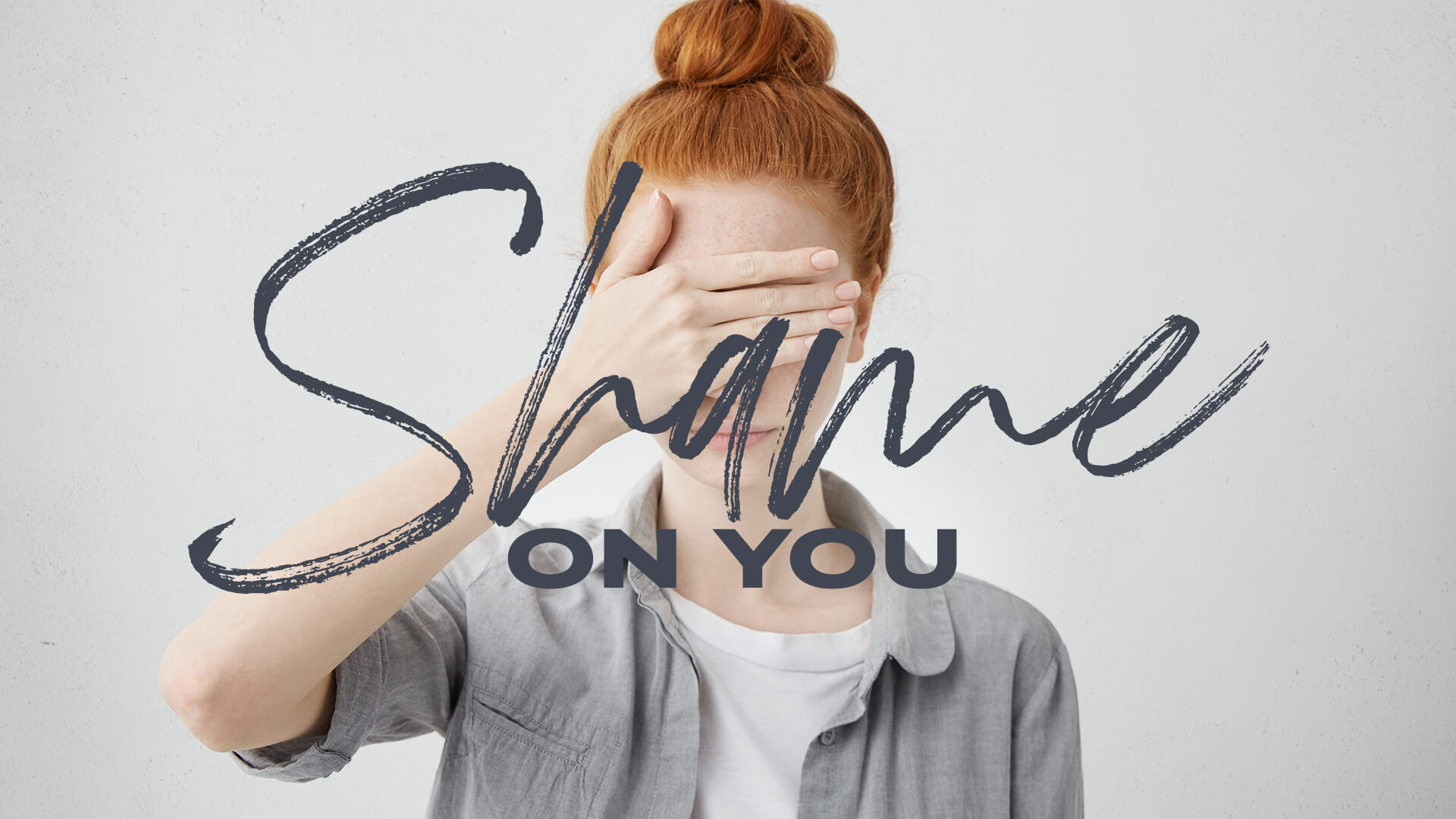 “I never heard, that before!” I exclaimed. “I thought guilt and shame were the same thing!”

And just like that, God reached into my heart and healed me of a lifetime of shame.

I loved going to my best friend’s house. Kristi was the youngest of 5 kids, just like me. Her house was uncluttered and modern. We loved to run and slide across the polished hardwood floors in our stocking feet. Her indoor bathroom had a slippery tub, and the countertop even had two basins. The bedrooms were spacious and had plenty of closet space for their clothes.

I was ashamed of my home. I lived in a small old house that had started as two homestead shanties that were put together. Rooms were added to the core of the house, a basement was dug and concrete walls poured, but we had no indoor bathroom. The plaster was coming off some of the walls, and we kept a stash of buckets to catch the rain that leaked through roof when it rained. My parents slept on the fold out couch in the living room, and I slept in a crib at the foot of their bed until I was seven. The pantry was converted into a bedroom for my big sister, but it was too little for two of us, and the 3 boys shared the one bedroom in the house.

I really did have everything I could want. I had a loving family. We lived on a farm with dogs that had puppies every year, cats that had kittens, cows that had calves, we got a new batch of baby chicks and piglets to raise until the fall. Our season pool pass gave us freedom to swim any time our journalist mother had to run to town for an errand or work at the Newspaper office. And as I grew older, we had horses that we could ride any time we wanted to.

Guilt says I did something bad, but I can make it right. Shame says I am bad.

Shame is a painful feeling of humiliation or distress. Shame is that nagging feeling that there’s something wrong with you. It becomes your identity; it is who you are. After you acknowledge your sin and repent and the relationship is restored, the heavy feeling that remains is shame. The enemy is the accuser and one of his greatest tools to keep us from being effective is to make us feel shame, because it steals our freedom and stops us from advancing the Kingdom of God.

The proper response to our sin is shame and guilt. Our tender conscience brings us to repentance. But once forgiven, that nagging feeling in the pit of our stomach is shame. It’s a foothold the enemy can use to keep us from walking in freedom. He tells us we aren’t worthy. Shame can keep us from our God given destiny.

Shame isn’t only the result of a wrong action, but it can come out of a simple embarrassing mistake. It might come from an innocent act; stumbling onto a website and seeing shameful images. It could come from something you have no power over. Maybe you can’t keep a clean house. Maybe you’ve gained weight, or you’re too skinny. Shame comes in so many forms. And even though you repented and know in Christ you are forgiven, it’s that feeling that follows you, that heavy feeling of inadequacy and humiliation.

1 John 1:9 says, “If we confess our sins, he is faithful and just to forgive us our sins and to cleanse us from all unrighteousness.” (ESV)

So if we are forgiven, why do we still feel that painful feeling of humiliation?

Romans 8:1 says, “There is therefore now no condemnation for those who are in Christ Jesus.” (ESV)

Joel 2:27 says, “You shall know that I am in the midst of Israel and that I am the Lord your God and there is none else. And my people shall never again be put to shame.” (ESV)

When Adam and Eve sinned in the garden, they hid in shame. They then understood they were naked and instinctively hid their naked bodies, and tried to excuse their sin. And from that time on, shame has caused mankind to lie and make excuses for their actions and blame others for their behavior.

Shame isn’t always the result of our sin but is sometimes a wrong response to sin that has been done to us. It can come from being mistreated (abuse, rape) or feeling inferior to those around you (dysfunctional family, being poorer or richer than your friends, stuttering, etc.).

No matter who you are or the level of your walk with God, the enemy will tell you that you’re not good enough. He will shame you for where you came from, what you did, or who you once were.

Heavenly Father, I thank you that You want me to walk in freedom. Thank you for bearing my iniquities and taking my shame. I will no longer allow the accuser (the devil) hold me hostage to my past, to my inadequacies, to my insecurities, because You are everything I need. I step out, no longer a victim being tormented by my inadequate life because You are more than adequate. Oh, the shame You bore as You hung on the cross; beaten, reviled, naked, taking on our sin and shame. I give it to You. I am enough because You are in me. In Jesus name, Amen.

Kathy Rice has lived in Pennsylvania since marrying her husband in 1977. She was born and raised in Montana, and attended Montana State University and YWAM’s School of Evangelism in Bozeman. She met her husband on a wagon train that went across the United States in 1976 during the bicentennial with Youth With A Mission. She attended Christ for the Nations in Dallas, Texas, and worked in Haiti among the impoverished nationals where her first child was born. Her six grown children currently live in central Pennsylvania, and she enjoys time with her thirteen grandchildren. Kathy has authored a book, Kathy Run, telling of her young life on a farm in northeast Montana while attending a one-room school. She is currently a Realtor® with Re/Max of Lebanon County. Many of her inspirational pieces are drawn from her experiences on the farm, on the mission field, and raising her family next to her husband, Donnie Rice.
← Are You An Unlikely Hero? The Power of Your Story →