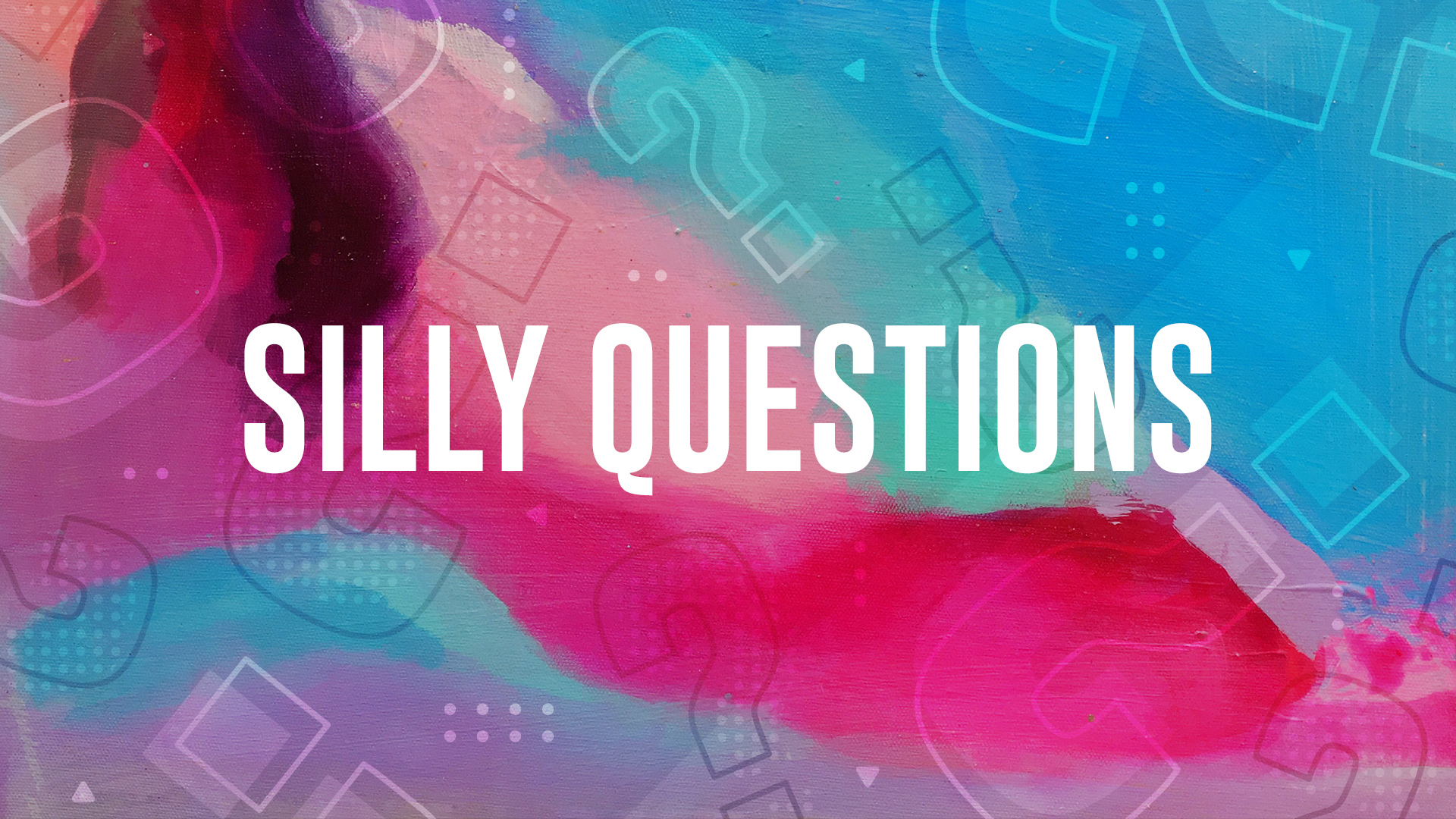 “The kids want to come over, is that OK?”
“Do you want to go to church this morning?”
“Hey, Steve, do you enjoy being a grandfather and great grandfather?”

To all three questions my answer would be the same. “Well, DUH!”

Did you know that Jesus asked what seems to be silly questions of people. We’re going to look at three of them and see what they have to say to us today.

The first one is found in Luke 18:35-43. A blind man sat by the road begging. He heard that Jesus of Nazareth was passing by, so he cried out, saying, “Jesus, Son of David, have mercy on me!” Then, as the blind man was brought to Jesus, the Lord asked him what can seem to be a silly question: “What do you want Me to do for you?” (18:41).

Why would Jesus ask a question like that? Because he wanted something from the blind man before he would perform a miracle for him.

Jesus wanted him to get specific about what he wanted.

A fireman was sitting by the phone when it rang. He picked it up and said, “Fire department!” The woman on the other end said, “SEND A FIRE TRUCK!” and hung up. He waited, not sure what to do, and the phone rang again. He picked it up, said “Fire department.” The woman said, “SEND A FIRE TRUCK NOW!!” Then she hung up again. He waited, and this time he was ready. The phone rang, and he picked it up and said, “Where’s the fire?” The woman said, “It’s in the kitchen!” and she hung up again!

Sometimes we don’t want to get specific about what we want from the Lord. I think we often limit the miracles we can receive because we are not willing to tell Jesus exactly what our problem is! Notice that when Jesus asked this man what he wanted, the man didn’t say, “Well, Lord… I just really need your help. I have an unspoken request. You know my heart, and uh… I just need your guidance with my situation.” No, the man was very specific! “Lord, I want to see!” (18:41).

I’m not against unspoken requests. Sometimes it’s the most appropriate way to ask for prayer in public. But the danger is that sometimes we don’t ask God specifically enough! DO YOU HAVE A PROBLEM? Something you’ve wrestled with for a long time and have never been able to conquer? A situation that you can’t handle? Will nothing short of a miracle take care of the situation? You need to do two things:

I know of someone who struggled for a long time with stopping smoking. He knew he was injuring the temple of the Holy Spirit, and he tried to quit many times. But he never made it past a few days. It wasn’t until he really admitted that he had a problem he couldn’t deal with, and asked the church to pray for him that he began to get victory over that habit.

Many of you are aware of the fact that my bride Nancy has been struggling with vision loss for the past few years. It grieves my heart having to watch her cope with limited vision due to the progression of macular degeneration. When I pray for her, I get very specific about what the problem is, and I ask God to make macular regeneration happen. We’re still waiting for the miracle, and I won’t stop praying that way until God signals to me that he is no longer pleased with the way I am praying about it.

The question Jesus asked the blind man isn’t so silly after all, is it?

The next unusual question Jesus asked is found John 5:1-9. A man who was crippled was laying by the pool of Bethesda. Legend had it that the first one into pool after an angel stirred the water was the one who received their healing. When Jesus saw him lying there and knew that he had been in that condition a long time, He said to him, “Do you want to be made well?” (5:6).

What an unusual question! Why would Jesus ask a question like this?

Jesus wanted the man to put his will into motion and stop making excuses.

A lot of the things that we struggle with are never resolved because we don’t use one particular thing that God has given us: OUR WILL! The will is what you make choices with. God has made your will a powerful thing! You know how powerful it is? Even though God wants you to go to heaven, He has made you able to choose to go to hell by not living in a right relationship with Him!

I am not implying that one can simply will themselves into healing or deliverance. But I am saying that we must reject all passivity when exercising our faith and seeking a miracle.

The next unusual question Jesus asked is found in Matthew 9:27-30. Two blind men followed Jesus, crying out and saying, “Son of David, have mercy on us!” The blind men came to Him, and Jesus asked them, “Do you believe that I am able to do this?” (9:28).

“Do you believe that I am able to do this?” What an unusual question! They wouldn’t have followed him if they hadn’t believed! Right? Why would Jesus ask a question like that? It was because he wanted something from them before he would perform a miracle.

Jesus wanted them to verbalize their faith in him!

Jesus knew that they believed – he just wanted them to say it out loud! He wanted them to admit it, because there’s something powerful about sharing your faith OUT LOUD. Verbally proclaiming that you believe something REALLY CLINCHES IT!! We need to LIVE out loud – we need to BELIEVE out loud.

I knew someone who was struggling with an addiction to pornography for a long time. He wanted to do what was right, but he didn’t want to get really honest about the problem with God. He wasn’t quite FED UP with it yet. And he wasn’t really sure that he believed God could deliver him from it – the desires were SO strong! That’s the way you get when you’ve practiced giving in for a long time! Finally, he had enough. I was able to pray with him as he humbled himself before God – and he went through these exact steps!

And guess what? GOD WORKED A MIRACLE IN HIS LIFE THAT VERY DAY!

Jesus still asks the same three silly questions of you and me today:

After looking at the questions from this angle, they really aren’t silly questions after all, are they?

"Steve Sabol was born October 3rd, 1950 in Bristol, PA. He married Nancy Keller, the love of his life on July 12th, 1969. They celebrated their 50th wedding anniversary in 2019. They have a son and a daughter, five granddaughters, and five great-grandchildren. Steve entered full-time pastoral ministry in August of 1980. He’s been a shepherd for over forty years. He moved to Lebanon thirty years ago and today serves as one of Lifeway Church’s community pastors. Steve has been a musician for over fifty years and his favorite instrument is the guitar. Ministering to men in prisons, churches, rescue missions and community centers has been a passion of Steve’s for over 12 years. He has spoken at over thirty men’s events across the country and sends out a daily inspirational email to over 6,000 men every day. He is currently writing a book titled “Connected” which should be available in the summer of 2020. Steve loves spending time with his bride, and staying busy for the King, changing the world one man at a time."
← Empty Saddles Wait for It →