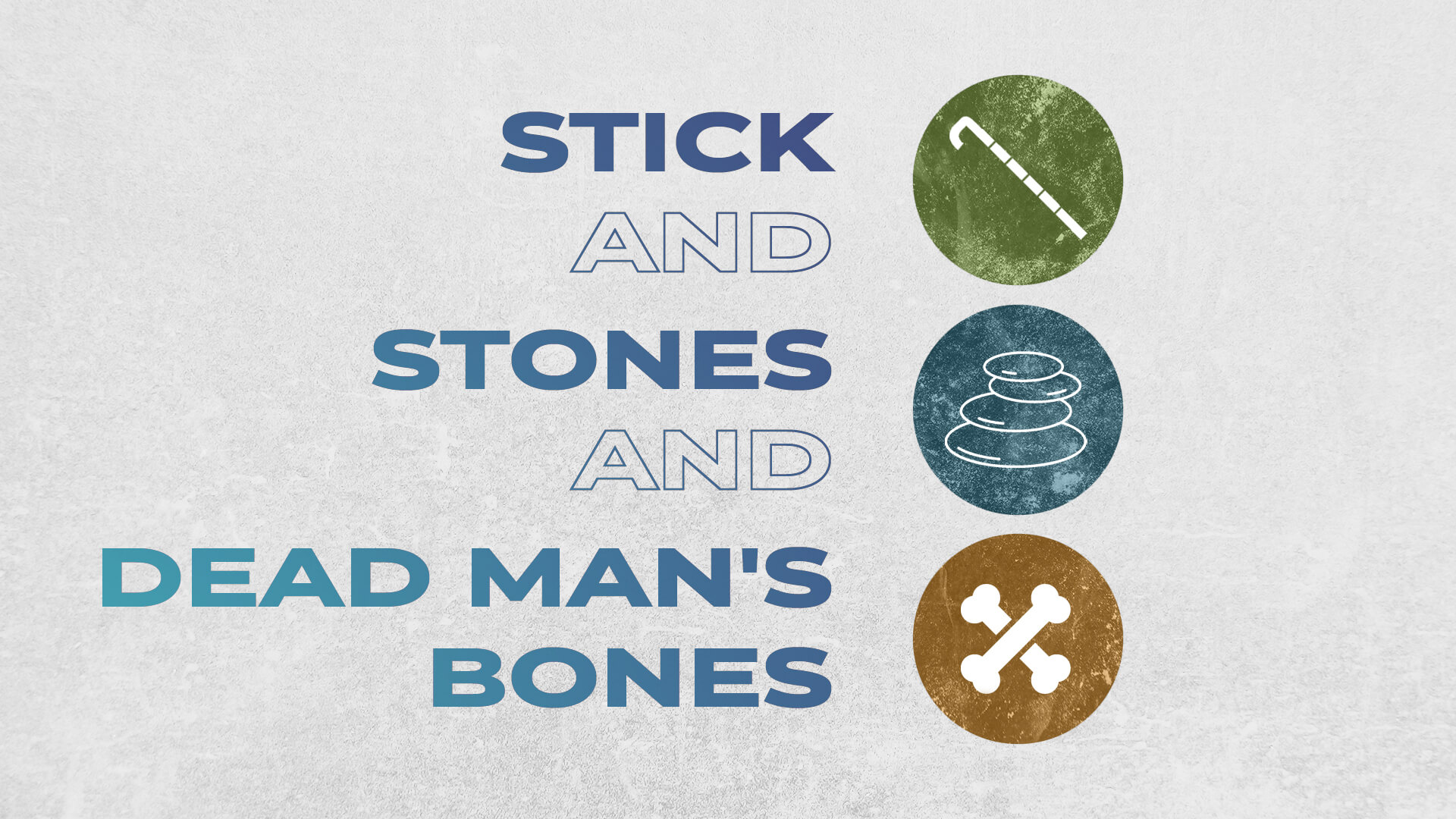 In the 1970’s, I worked for a company as a set up and service technician. During my 5,000 hours of training to earn Journeyman status, I was introduced to the micrometer, and the 1/1000th of an inch adjustment. That experience taught me that even the slightest change could throw off an entire project and make it worthless scrap.

This truth can be applied to marriages. Many men think that the way to take their relationship with their wives to the next level is an elaborate ocean cruise, a box of Godiva chocolates, a costly piece of jewelry, or an expensive arrangement of flowers. But sometimes it is the smallest, most seemingly insignificant adjustments that can improve the quality of a marriage. I have learned this from experience in my 51 years of marriage. Several years ago, I decided I was going to improve my marriage by simply leaving a few things unsaid at the end of every day. Everything doesn’t always need my commentary, and the slightest error in the details of a story doesn’t warrant my correction. Little things can mean a lot!

It is easy to develop the tendency to dismiss and diminish certain things as having little or no value or consequence. I mean, one of the more popular sayings of our time is “Go big or go home.” Yet the Bible reminds us that we overlook the little things in life at our own peril. I Corinthians 1:27-29 says, “But God chose those whom the world considers foolish to shame those who think they are wise, and God chose the puny and powerless to shame the high and mighty. He chose the lowly, the laughable in the world’s eyes—nobodies—so that he would shame the somebodies. For he chose what is regarded as insignificant in order to supersede what is regarded as prominent, so that there would be no place for prideful boasting in God’s presence.”

That’s kind of how I arrived at the title for this blog, “Sticks and stones, and a dead man’s bones.” Three common and seemingly worthless things – three ordinary and plentiful things – and three altogether useless things. Useless to us, that is, but not to God.

Tell me, what can you do with a stick? Or stones? Or what possible use could you have for a dead man’s bones? But then, you and I aren’t God. God can and does use small and insignificant things for His own eternal glory. God can and will use even those small and insignificant things in our lives, if we will trust in Him. Let’s unpack this idea together.

WHAT CAN GOD DO WITH JUST A STICK?

God had a big job that needed to be done, so he called a guy named Moses who was tending his father-in-law Jethro’s sheep on the back side of a desert. God instructed him with a voice from a burning bush to return to Egypt and to deliver His people Israel. Like most people would do in a similar situation, Moses tried to squirm out of the assignment. “How, Lord?” Moses asked. “How can I, a shepherd, go up against the power and the might of a Pharaoh with the armies of Egypt backing him up?”

God knew how! He said, “Moses, what is that in your hand?” Moses was about to dismiss it by saying, “It’s just a stick, Lord; a shepherd’s rod.” God said, “I know. Throw it down, Moses, and I’ll show you what I can do with just a stick!”

The history of Moses’ rod is now legendary. He dedicated that stick – that rod – to God. Moses used that rod to bring plagues upon the land of Egypt. With that rod, Moses rolled back the waters of the Red Sea. With that rod, Moses smote the rock and out came refreshing water. When thrown on the ground, Moses’ rod became a serpent that ate up the serpents of the magicians of Egypt. Held high in the wilderness, Moses’ rod commanded the angels as they fought for the Israelites.

WHAT CAN GOD DO WITH JUST A FEW STONES?

When David went out to face Goliath, the nine-and-a-half-foot-tall giant knew nothing about David’s God. He had only himself – a man of stature, carrying a spear that looked like a weaver’s beam, and a sword which the average man couldn’t even lift up off the ground. As Goliath marched towards David with blasphemies on his tongue, his chest covered with armor, he was angry at the prospect that a skinny, teenage boy was coming at him armed only with a sling shot and five smooth stones. But God’s honor was on the line, as well as the fate of the nation of Israel.

But David stepped forward with a prayer and a trust in his God. He said, “Goliath, you come against me with your spear and with your sword, but I come against you in the name of the Lord God of Israel.” He then released a single stone in the name of Jehovah God.  And David saw that giant fall like a felled oak!

You, too, can be victorious over the giants which seek to destroy you. And you, too, can dedicate little more than a stone to God and see victory come to you. Maybe it’s but a stone of faith, or a stone of prayer, or a stone of a small act service, or a stone of limited courage. But if you use it in the name of the Lord, you’ll eventually be celebrating a great victory. Because little is much when God is in it.

WHAT CAN GOD DO WITH A DEAD MAN’S BONES?

There was a great and mighty prophet in Israel whose name was Elijah. He had a protégé whose name was Elisha. One day Elijah said to Elisha, “Tell me what I can do for you before I am taken away.” Elisha’s response was, “Please let me inherit a double share of your spirit and become your successor” (2 Kings 2:9). In other words, “I want to double the impact you have had on the world.”

History tells us that the prophet Elisha performed all of his mentor Elijah’s miracles two to one, with one exception. Elisha, during his lifetime, only raised one individual from the dead – just like Elijah. It seemed that his request to receive a “double share” of what Elijah had and did fell a little bit short.

However, after Elisha was dead and buried, the dead body of a soldier was thrown hastily into the grave where Elisha lay. When the dead soldier’s body touched Elisha’s bones, the man revived and walked out of the tomb. God still spoke and God still moved through the bones of a dead prophet.

Even when we feel like we are spiritually dead, God’s Spirit can breathe on us, and we can stand up and live again. God speaks hope and grace to us in many different ways today. He will even speak to you and me through sticks, and stones, and yes, even a dead man’s bones. Little is much when God is in it.

And what does all of this have to say to you and me right now? Merely that victory in the spiritual battle is of God and not man. Spiritual battles have only spiritual solutions. It says that each of us – no matter what our qualifications (or lack thereof) may be – regardless of our talents (or lack of them) – that each of us can be victorious if we simply offer to God what is in our hands.

What do you have in your hand? Remember, little is much when God is in it. After all, God is not so much interested in our ability as He is in our availability.

"Steve Sabol was born October 3rd, 1950 in Bristol, PA. He married Nancy Keller, the love of his life on July 12th, 1969. They celebrated their 50th wedding anniversary in 2019. They have a son and a daughter, five granddaughters, and five great-grandchildren. Steve entered full-time pastoral ministry in August of 1980. He’s been a shepherd for over forty years. He moved to Lebanon thirty years ago and today serves as one of Lifeway Church’s community pastors. Steve has been a musician for over fifty years and his favorite instrument is the guitar. Ministering to men in prisons, churches, rescue missions and community centers has been a passion of Steve’s for over 12 years. He has spoken at over thirty men’s events across the country and sends out a daily inspirational email to over 6,000 men every day. He is currently writing a book titled “Connected” which should be available in the summer of 2020. Steve loves spending time with his bride, and staying busy for the King, changing the world one man at a time."
← You Can Go First The Missing Valentine →