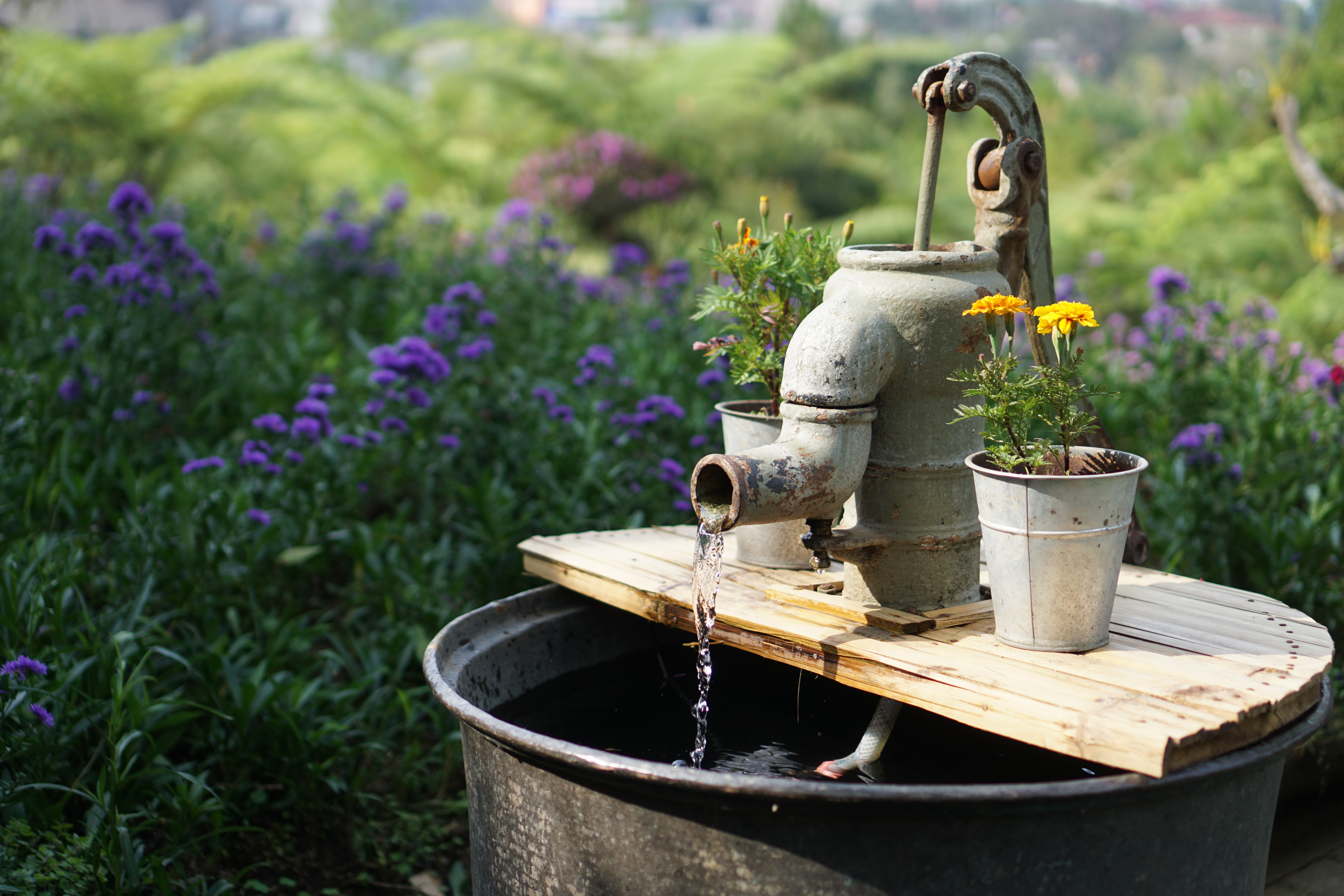 As the story goes, there was a letter in a can tied to an old water pump on a trail across the Amargosa Desert that read as follows.

“This pump is all right as of June 1932… Under the white rock, I buried a bottle of water, out of the sun and cork end up. There’s enough water in it to prime the pump, but not if you drink some first… The well has never run dry. Have faith. When you git watered up, fill the bottle and put it back like you found it for the next feller.”

“P.S. Don’t go drinking up the water first. Prime the pump with it, and you’ll get all you can hold.”

If you were a thirsty traveler heading down that desert trail with cottonmouth and your canteen empty, would you trust this guy Desert Pete? There are no guarantees that what he said is true. It’s a risk. What would you do?

This supposedly true story illustrates a great principle – the principle of before. The thirsty traveler had to prime the pump before all the water flowed. Too many times we want the after without exercising faith in the before.

This principle has been proven true in and by my life many times over. My bride Nancy and I celebrated our 50th wedding anniversary two months ago. Before that could ever be a reality, I had to ask her to marry me on November 1st, 1968.

Nancy and I have enjoyed 42 years of ministry filled with numerous God moments and milestones. But before that could ever happen, I had to acknowledge and respond affirmatively to the call that God has placed upon my life.

And on and on it goes…

The Bible contains many “before principle” stories: The Israelites had to march to the Red Sea before God parted it. Naaman the leper had to wash seven times in the Jordan before God healed him. Peter had to obey the instructions of Jesus to row out to deep water before he caught a boatload of fish.

The dehydrated traveler who read Desert Pete’s note was put to the same test as the Hebrew people at the Red Sea, Naaman at the Jordan River and Peter on the Sea of Galilee.

It has been my experience that God honors a radical, risk-taking faith. He loves to show favor toward people who apply the “before principle.” How about you? Will you take the first step of faith?

"Steve Sabol was born October 3rd, 1950 in Bristol, PA. He married Nancy Keller, the love of his life on July 12th, 1969. They celebrated their 50th wedding anniversary in 2019. They have a son and a daughter, five granddaughters, and five great-grandchildren. Steve entered full-time pastoral ministry in August of 1980. He’s been a shepherd for over forty years. He moved to Lebanon thirty years ago and today serves as one of Lifeway Church’s community pastors. Steve has been a musician for over fifty years and his favorite instrument is the guitar. Ministering to men in prisons, churches, rescue missions and community centers has been a passion of Steve’s for over 12 years. He has spoken at over thirty men’s events across the country and sends out a daily inspirational email to over 6,000 men every day. He is currently writing a book titled “Connected” which should be available in the summer of 2020. Steve loves spending time with his bride, and staying busy for the King, changing the world one man at a time."
← When Opportunity Knocks Muscles →