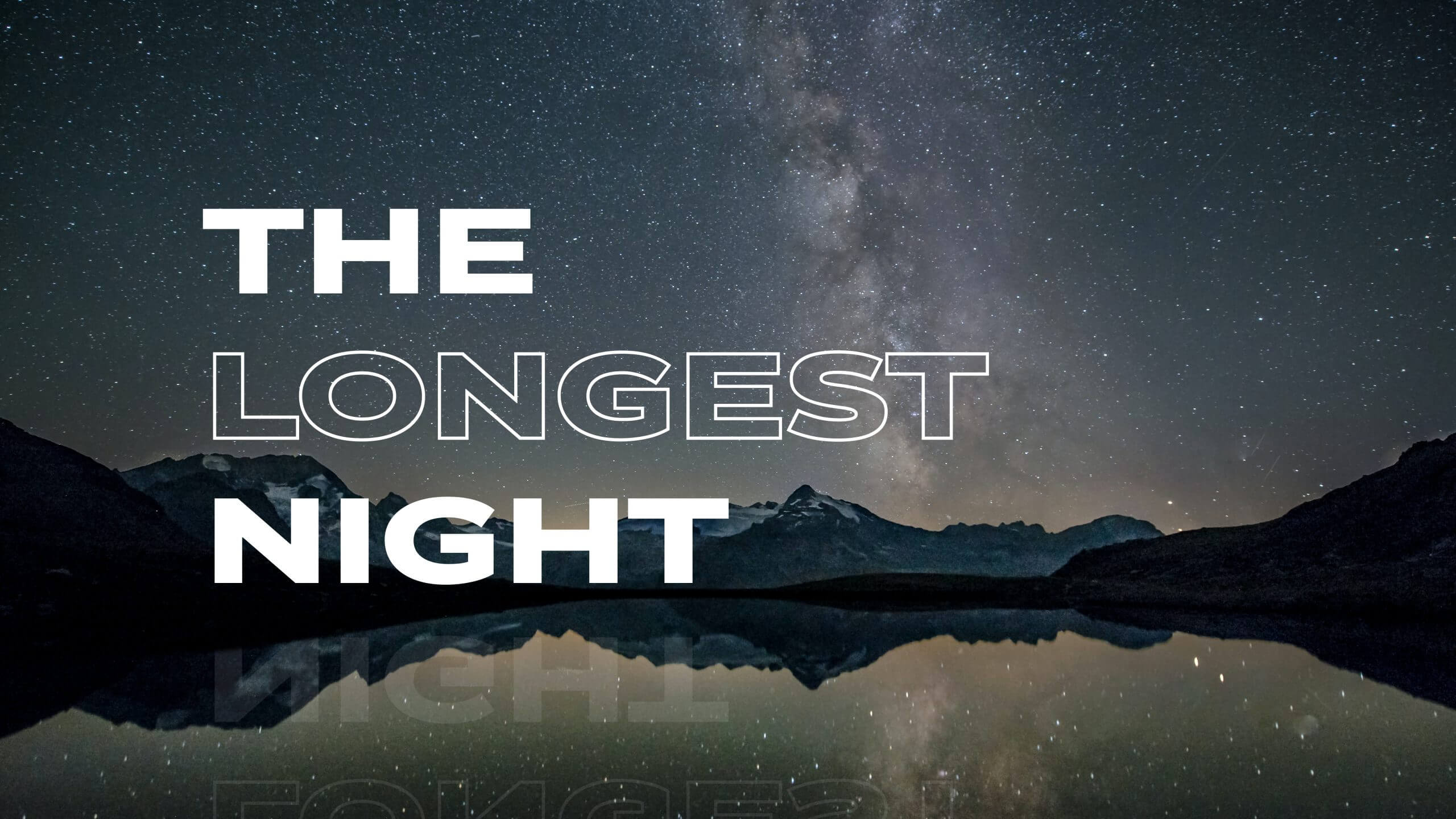 “OH NO! What in the world!” I exclaimed as we drove late into the night on a narrow road in the Colorado mountains. A thunderous rumble surrounded our little mini-van as we drove up the incline. We were surrounded by a herd of elk. Their hooves pounding the path as their bony knees were at eye level. We slowed down to allow them to get ahead of us, not wanting our impressive escort to accidentally step on us. Finally, they turned off the road and thundered toward a nearby meadow.

It was almost midnight by the time we finally got to Uncle Jack’s place. He was helping out at the YWAM base (Youth With A Mission), and it was evident that he had been anxiously anticipating our arrival. He heartily greeted us as we ushered 6 sleepy children into the tiny one-bedroom cabin he shared with his two cats. Uncle Jack was a bachelor and the cabin was perfect for him and his two cats, but we had to work out the sleeping arrangements for all 9 of us.

“Donnie and Kathy, you take my bed. The kids can sleep on the recliner and the couch, a couple can lay here on the floor,” he pointed to a cozy corner where he had made a bed out of a thick comforter. “I’ll just sleep on this recliner over here.”

“Whatever you do, don’t let the cats go into the bathroom. I try to keep them out of there so they aren’t drinking out of the toilet and keep the windows down. There are a lot of bears and other wildlife. Best to keep them outside,” he laughed.

My overtired 4-year-old cried and wanted to climb in bed with me, and the 6-year-old was cranky and didn’t want to sleep on the floor alone, but we finally got them settled, and I lay down hoping to fall asleep quickly. I was exhausted.

The grey cat joined Donnie, me, and the 2-year-old who found a place on our bed and started kneading his claws into the thick blanket. It was not quite thick enough to protect me from his needle-sharp claws. However, there would be no rest until the cat decided to settle, which he did finally, across my legs.

About an hour later everyone was finally fast asleep. I took a deep breath and tried to burrow into the pillow without moving so I wouldn’t disturb the 2-year-old, the cat, or Donnie. That was about the time I recognized the smell of cat urine. It was strong, and I realized one of the cats must have marked his territory to include my pillow. Everyone was finally asleep, the entire floor was covered with kids, and I tried to ignore the smell, but it just got stronger. I pushed the pillow to the floor, but I now suffered from hyperosmia (heightened sense of smell) and nothing I could do would take away the smell, now that I had noticed it.

I tossed and turned, hoping not to wake the cat or the baby, but I woke my exhausted husband and he asked what was wrong. I told him and although he agreed the odor was strong, encouraged me to try to ignore it, and go to sleep.

I finally decided to get up and see if I could find another place to sleep, but the night was darker in the rural mountain cabin, and everywhere I stepped I either bumped into a chair with a child or stepped on the floor with a child.

I finally made my way to the bathroom. I closed the door, and finally got some relief. No cats were allowed in the bathroom. It was the nicest smelling room in the house. Suddenly I became claustrophobic in the pitch-black room, and I felt the rugged log wall for the light switch. I felt from the ceiling to the floor, every inch of the bathroom wall, but I could not find that light switch. I opened the door and felt the wall outside the bathroom, but still, no light switch. I batted at the ceiling – perhaps there was a string that needed to be pulled.  If only I could switch the light on for a minute, I figured I’d be fine and be able to sleep the rest of the night sitting on the commode or something.

Uncle Jack told us about the cougars that prowled around at night, and the bears that often came around his cabin to get scraps from the trash can. Fear gripped me, but claustrophobia and my keen nose were stronger. I located my coat under the pile of suitcases and dashed to the car in the cool mountain air. I covered in a blanket with only my nose exposed to the crisp air and was finally able to fall asleep for a couple of hours.

I prayed for safety, and sleep. God answered both prayers, and by morning the whole incident seemed pretty funny.

Psalms 30: 5b “Weeping may tarry for the night, but joy comes with the morning.”

Great memories are made on vacation with your family. Take the extra time to let them play on the rocks at a National Parks, sleep under the stars, or play in a stream. It may seem like an inconvenience, but that’s what your children will remember.

Our oldest son had a way of igniting that pioneer spirit. “Let’s just do it, Dad!” Once we stopped at the state line so my daughter could cartwheel from one state into the next. Once we drove 50 miles out of the way just to take our shoes off and run, splashing at the edge of the ocean in November. Once we ordered pizza for delivery in our hotel room. (We never lived in an area that had delivery before, so it was a big deal!) We held our breath every time we went through a tunnel. We yelled, “AGUA” every time we crossed a bridge. Once we stopped in the badlands of South Dakota because the kids saw a hill that looked like a slide, and they needed to try it out. Once we went white-water-rafting and were stranded under a pummeling waterfall. Once we were headed for Dollywood in Pigeon Forge, but when the kids saw a waterpark in the 100+ degree weather, we had a sudden change of plans. “Let’s just do it, Dad!” One time, the rain drenched our tent, and every stitch of clothing was soaked from the rain. Not every memory was fun to live through. But you can learn to laugh and know THIS IS A MEMORY and how you react will remain embedded in your child’s mind forever.

Life is filled with hours and days and years, and all that we experience forms us and makes us who we are, but it’s the moments that stand out in our memories. It’s a phrase from a sermon, a kindness from a stranger, a special glimpse from time spent with a grandparent that floods our memories when life gets tough. As a Christian, it’s important to look back on the memories, and remember all the things God did for you. Remember His goodness and mercies. Remember the people he has brought into your life, some for a moment, some for a season, some for a lifetime. Remember what Christ did on the cross. Remember the first time you had a personal revelation of the reality of Jesus Christ.

I was telling my youngest daughter about my story for this blog. I said, “I just need to put a spiritual spin on the story”. She looked deep in her thoughts and said, “You know in Job 2 how God let the devil destroy everything in Job’s life but Job’s life was spared? You could say that!”

So, in my light-hearted story I’m not sure my life equates to the trials of Job, but this much is true. God saw us through! We did survive!

And with that thought, I end.

Kathy Rice has lived in Pennsylvania since marrying her husband in 1977. She was born and raised in Montana, and attended Montana State University and YWAM’s School of Evangelism in Bozeman. She met her husband on a wagon train that went across the United States in 1976 during the bicentennial with Youth With A Mission. She attended Christ for the Nations in Dallas, Texas, and worked in Haiti among the impoverished nationals where her first child was born. Her six grown children currently live in central Pennsylvania, and she enjoys time with her thirteen grandchildren. Kathy has authored a book, Kathy Run, telling of her young life on a farm in northeast Montana while attending a one-room school. She is currently a Realtor® with Re/Max of Lebanon County. Many of her inspirational pieces are drawn from her experiences on the farm, on the mission field, and raising her family next to her husband, Donnie Rice.
← What Is the Meaning of Life? Storms are in the Forecast →