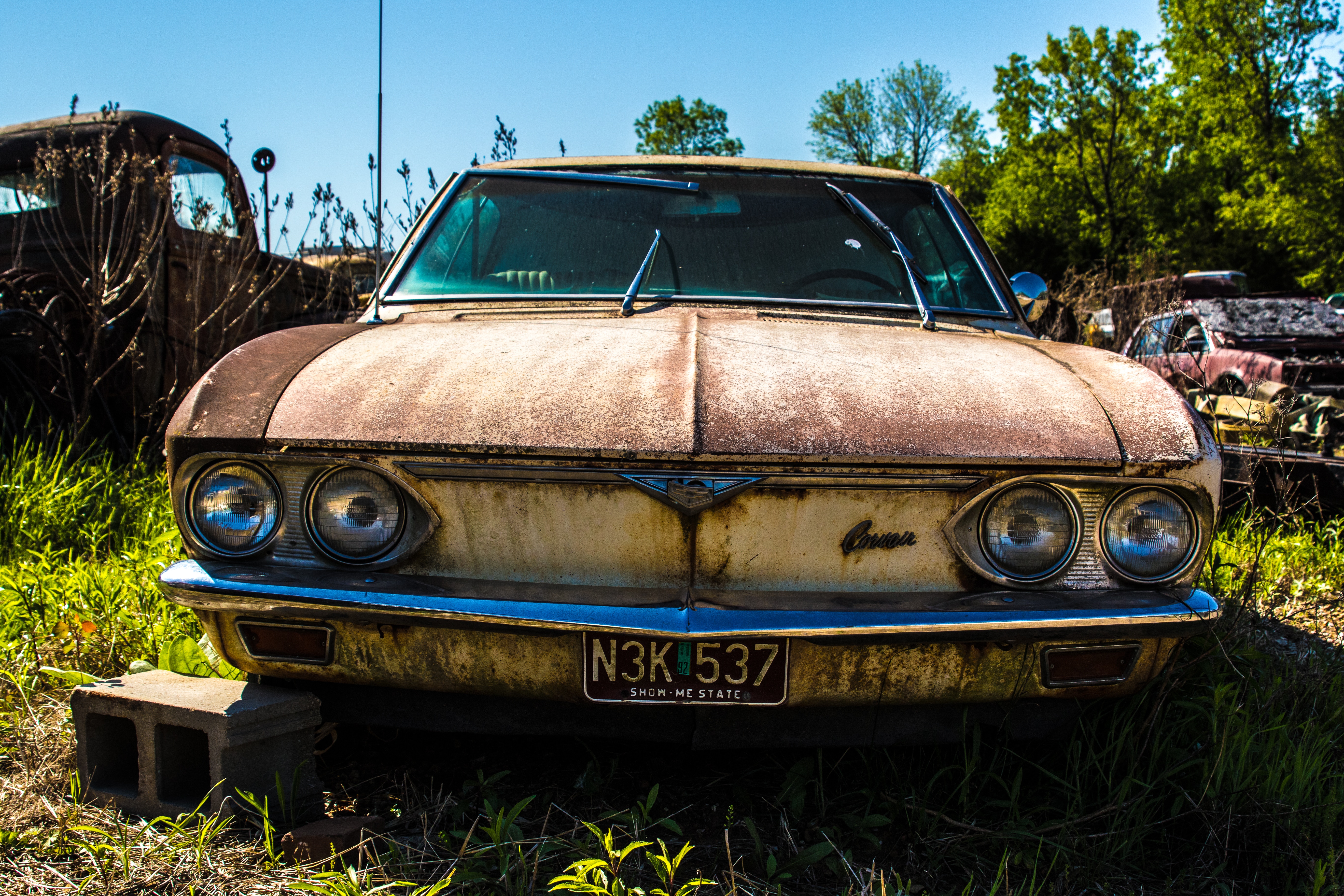 The Rust of the Story

I used to enjoy listening to Paul Harvey on the radio. His distinct voice, wit and wisdom made him a media star. On top of all that, he was simply a good man. He had a tag line that he repeated often during his broadcasts. It went, “And now, the rest of the story…” I want to borrow that and change it a little. Today’s blog is titled, “The rust of the story.”

Do you remember your first car? Whether new or used, it was a prized possession, and you were so proud of it. Mine was a 1962 Chevrolet Bel Air station wagon. It had three on the tree, and a 283 V-8 under the hood. I loved that car. I named it “Rompin’ Wagon” and actually had those words painted behind the front wheel wells. Because I pushed the “Rompin’” part too much, I had to replace two rear ends and a transmission while I owned that car. Where is it now? Probably in a junkyard, mined for parts, discarded, and rusting.

Of the twelve cars we have owned during our fifty year marriage, my all-time favorite was a 1993 Buick Park Avenue Ultra. I drove that car for almost fifteen years. It had every luxury option available from GM that year. Punch the gas pedal and the supercharged V-6 would put you back in your seat. Where is it now? Probably in a junkyard, mined for parts, discarded, and rusting.

Looking solely at the world around us, we can feel insecure, aimless, and lost. More than anything, we need a sure relationship, a solid foundation, a secure future, and something that lasts.

God’s message to us through his prophet Hosea is that he is near and that he will be there when we need him. Using examples from nature, Hosea highlights the truth that we can count on God. When you feel tossed about by winds of change and the shifting sands of time, stand on God’s solid ground – find your security in him.

When you feel abandoned, isolated, or abused, call out to him – he will come. And this relationship will always be true – no rust, decay, collapse, or unfulfilled promises. Come close to God – he is close to you.

God will appear. God will come.

Let us acknowledge the LORD; let us press on to acknowledge him. As surely as the sun rises, he will appear; he will come to us like the winter rains, like the spring rains that water the earth. HOSEA 6:3

"Steve Sabol was born October 3rd, 1950 in Bristol, PA. He married Nancy Keller, the love of his life on July 12th, 1969. They celebrated their 50th wedding anniversary in 2019. They have a son and a daughter, five granddaughters, and five great-grandchildren. Steve entered full-time pastoral ministry in August of 1980. He’s been a shepherd for over forty years. He moved to Lebanon thirty years ago and today serves as one of Lifeway Church’s community pastors. Steve has been a musician for over fifty years and his favorite instrument is the guitar. Ministering to men in prisons, churches, rescue missions and community centers has been a passion of Steve’s for over 12 years. He has spoken at over thirty men’s events across the country and sends out a daily inspirational email to over 6,000 men every day. He is currently writing a book titled “Connected” which should be available in the summer of 2020. Steve loves spending time with his bride, and staying busy for the King, changing the world one man at a time."
← April Fools You Are Under Surveillance →