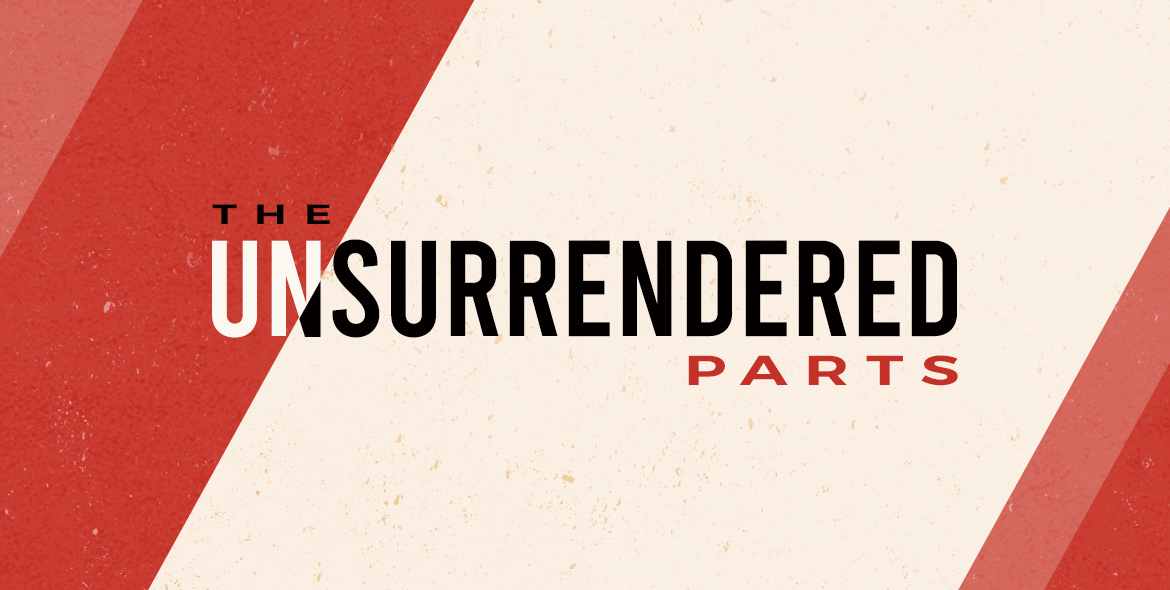 As I approach my 45th birthday in Jesus, it is very clear to me that I am still growing and I have yet much to learn. Since the day I accepted Jesus as my Savior on May 18th, 1975, a whole lot has changed! But I am not a finished work of grace – yet. There are parts of my life where I still retain too much control and haven’t yet completely turned it over to the Lord. My guess is that you are in the same boat.

When I became a Christian, we used to sing a lot of hymns out of a book. I have often wondered if we should give some of them a new title to reflect a more honest testimony as we sing them…

To help me illustrate this further, let me tell you a story about a guy named Terry (name changed to protect his identity) …

When Terry became a Christian, he decided to turn everything over to God.

He gave his career to God. After graduation from college, he went into full-time youth ministry work. With his winning smile and approachable personality, Terry quickly endeared himself to the young people of his church.

He gave his marriage to God. Terry married a beautiful Christian woman who pledged to work side-by-side with him in the daily chores of his ministry. She understood the demands of church work and was willing to make the needed sacrifices.

He gave his children to God. Two precious children. He read to them from the Bible, taught them all about Jesus, and prayed with them every night before bedtime.

He gave his possessions to God. His house was always open to the kids he ministered to. On more than a few occasions, Terry opened his home and his wallet to a stranger in need. If you needed to borrow his car, all you had to do was ask.

But there was one part of Terry that he just couldn’t seem to turn loose of. He tried to let go, but he couldn’t. It was the part of him that wanted desperately to be liberated from the constraints of ministry, marriage, children, and responsibility. The part that wanted to be free. So one clear, sunny day, Terry decided to leave. Without notice. Without a clue as to why or where he went. His car was found on a dirt road outside of town, with his wallet and keys on the ground beside it. No note, no explanation, no sign of abduction. No Terry. An investigation would eventually find him in a faraway state with a different life and a different lover. Terry was finally free.

The part of Terry that he couldn’t give up was the one part that Jesus most needed to change. He couldn’t surrender himself. Terry gave everything to Jesus but his heart, and in the end, his heart took it all back. The writer of Hebrews warns, “Be careful then, dear brothers and sisters. Make sure that your own hearts are not evil and unbelieving, turning you away from the living God” (Hebrews 3:12).

Now, back to one of the hymns that I sang as a new Christian, “I Surrender All”. One of the stanzas goes like this:

All to Jesus I surrender,

Lord, I give myself to Thee;

Fill me with Thy love and power,

Let Thy blessing fall on me.

All to Thee, my blessed Savior,

Is there a part of you that you haven’t yet surrendered to God? If so, why not pray today that He will help you do that?

"Steve Sabol was born October 3rd, 1950 in Bristol, PA. He married Nancy Keller, the love of his life on July 12th, 1969. They celebrated their 50th wedding anniversary in 2019. They have a son and a daughter, five granddaughters, and five great-grandchildren. Steve entered full-time pastoral ministry in August of 1980. He’s been a shepherd for over forty years. He moved to Lebanon thirty years ago and today serves as one of Lifeway Church’s community pastors. Steve has been a musician for over fifty years and his favorite instrument is the guitar. Ministering to men in prisons, churches, rescue missions and community centers has been a passion of Steve’s for over 12 years. He has spoken at over thirty men’s events across the country and sends out a daily inspirational email to over 6,000 men every day. He is currently writing a book titled “Connected” which should be available in the summer of 2020. Steve loves spending time with his bride, and staying busy for the King, changing the world one man at a time."
← Of Grief and Guilt Differences →