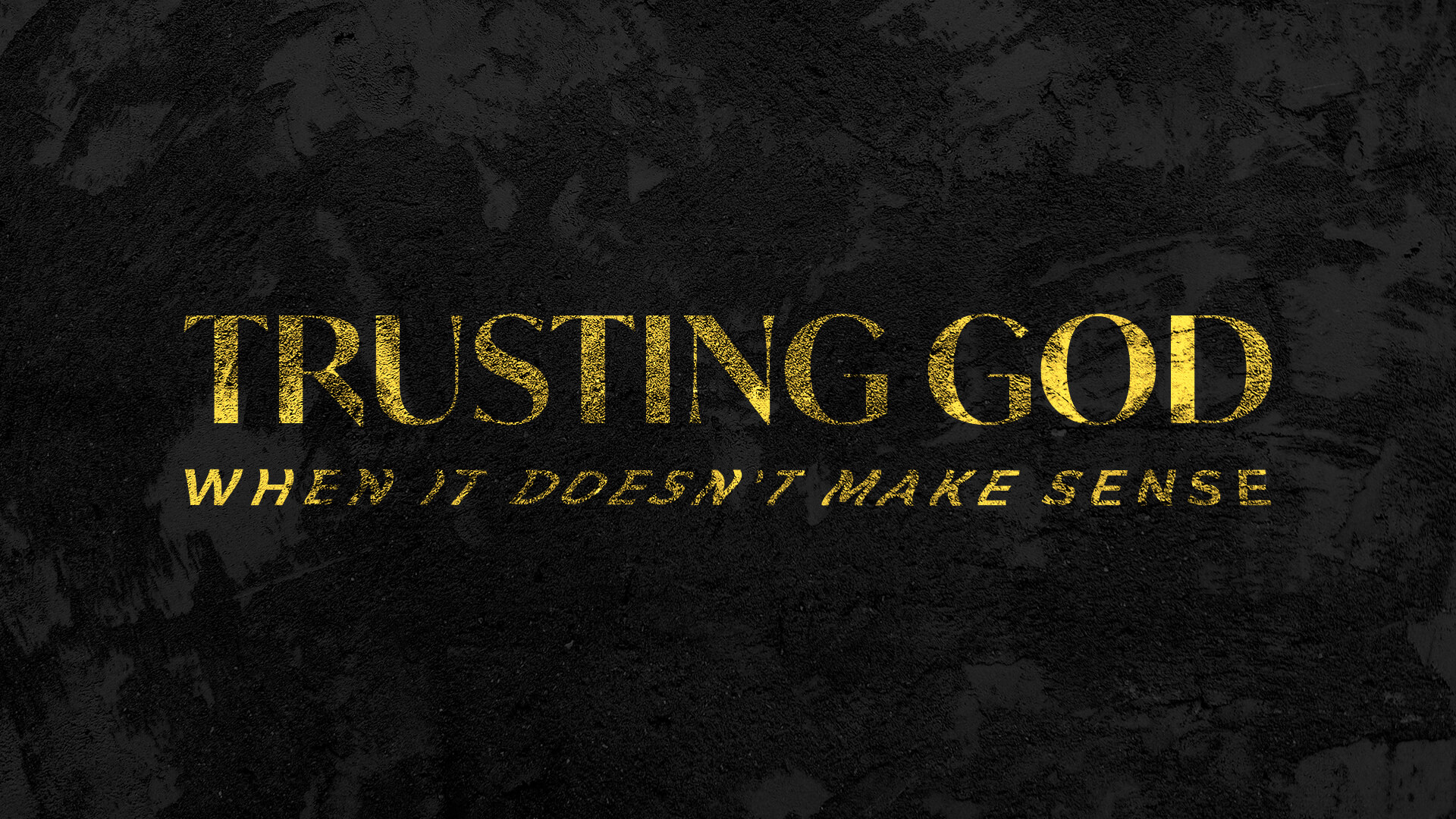 Our craving for reason is rooted in one of our most basic human needs, the need for stability and predictability. We crave control. We cope better when we can connect all the dots. Here’s the problem – life doesn’t always work like that. The storms of life are one example of this. But life is not a puzzle to be solved, it’s a mystery to be lived. At the core of this mystery is a God who longs for us to trust Him in the middle of the mystery. And therein lies the rub: TRUSTING GOD WHEN IT DOESN’T MAKE SENSE! Who is the God of the storm? There are numerous stories in Scripture that fit this narrative: “God, you want me to do what? Are You crazy?”

How many times have we felt that way when we are asked to do something, or placed in the midst of something, especially when the storms of life come! But here’s what we must remember during such times:

GOD IS IN CONTROL OF ALL THINGS

The sovereignty of God is the foundational doctrine of the whole Bible. The rest of the doctrines rest on the fact that God is God in name and in fact.

I remember when I was a young and aspiring rock guitarist in the sixties. Eric Clapton was a household name and superstar. There was graffiti that could be found in many places back then that said, “Clapton is God!” But Eric was a god in name only.

Only the true and living God sits on the throne, has perfect knowledge and all power, is present everywhere at all times, and only He is unchangeable. With Him, there is no beginning, and with Him, there will be no end. Whatever is yet to come, God is already there! He is God! I love every one of you reading this blog, but I am so glad that none of you are in control! I am equally glad that I’m not, either.

Sovereignty is an interesting concept. It contains the idea of REIGN. Sovereign means SOLO RULER – one authority. It is God exercising his supremacy. Many verses in the Bible communicate this truth, but none better than this one:

This verse means that when God acts, He has every right to act. When God makes a decision, it is a perfect decision. He possesses all knowledge. God is God all by Himself.

The sovereignty of God means that life is never really out of control, no matter how much it appears to be so from our perspective! He does not cause all things, but he controls all things so that his determined will is accomplished. Even the stuff that happens because people abuse and misuse their freedom to choose, even that God uses to accomplish His determined will.

So, what should our attitude be when what God is or isn’t doing doesn’t seem to make much sense? The best response in my opinion is to embrace the following principle and truth:

GOD IS AT WORK IN ALL THINGS

I love Romans 8:28, and I consider it wise to live my life under the umbrella of its truth:

“And we know that God causes everything to work together for the good of those who love God and are called according to his purpose for them” (NLT).

Let’s break this verse down into manageable and meaningful pieces:

“And”: “And” connects this verse to a larger context, like Romans 8:18, where he talks about suffering and the problems they were facing. We live in a world that is messed up because of the rebellion of Adam and Eve. Creation is under a curse, in bondage. When you disconnect from God, nothing works right!

“We know that”: This is a Christian’s assurance! We can know it in our knower, deep down inside. And what we can know is that God is at work even when I don’t see it. We know that we are not abandoned like orphans. We know we are not alone.

“God causes everything”: The good and the bad. We have no problem believing that God is there when the good stuff is happening. But He works in the things that don’t necessarily look like a blessing.

“To work together”: He is the Divine Orchestrator. God can take the various instruments that are playing in your life, some you don’t like, and some that sound out of tune, and He will bring them all together in one glorious symphony of His praise and glory! Try taking any one of the following things and putting them into your mouth: Lard. Flour. Baking Soda. Salt. Buttermilk. The word “YUCK!” comes to mind. Some of you would even have a gag response. But, if you put them all together in the right proportions, and bake them at the right temperature and time, you have delicious biscuits! That is, if you know how to “work it all together.” Some of you are in the kneading and mixing stage. Some of you are feeling the heat of the oven. But hold on, something good is about to come out of it!

“Of those who are called according to his purpose for them: Purpose exists, even for the storms and struggles of life. You may not always see the purpose, but the purpose exists. If you are a Christian, you have been summoned by God to a high and lofty calling. He hasn’t brought you this far to leave you. He didn’t teach you to swim to watch you drown. You have been purposely chosen by God. God is saying to someone reading this blog, “I am on your side!”

I don’t know about you, but I always want to know what or who caused the storm. But it really doesn’t matter who or what has caused it. What matters is what God plans to do with it. What happens to me matters less than how God uses what happens to me.

Living a comfortable, convenient, and prosperous life doesn’t necessarily make anyone a better person! So, God is up to something more than my comfort, convenience, and prosperity. And here it is:

Romans 8:29, “For God knew his people in advance, and he chose them to become like his Son so that his Son would be the firstborn among many brothers and sisters” (NLT).

Christian, God knew you in advance, and He chose you to become like His Son. In this verse, we come to understand the good purposes of God in our storms. So, what is good as God defines it? That I become more and more like His Son!

The definition of despair is to suffer without meaning. Whatever you are going through right now, there is a meaning, a purpose, a focus, and that is, when you have emerged from your storm, you would look more and more like His only Son!

God’s focus is our character, but his purpose is his glory. So, ride out the storm with faith, courage, and hope! Trust and obey Him even when it doesn’t seem to make sense.

"Steve Sabol was born October 3rd, 1950 in Bristol, PA. He married Nancy Keller, the love of his life on July 12th, 1969. They celebrated their 50th wedding anniversary in 2019. They have a son and a daughter, five granddaughters, and five great-grandchildren. Steve entered full-time pastoral ministry in August of 1980. He’s been a shepherd for over forty years. He moved to Lebanon thirty years ago and today serves as one of Lifeway Church’s community pastors. Steve has been a musician for over fifty years and his favorite instrument is the guitar. Ministering to men in prisons, churches, rescue missions and community centers has been a passion of Steve’s for over 12 years. He has spoken at over thirty men’s events across the country and sends out a daily inspirational email to over 6,000 men every day. He is currently writing a book titled “Connected” which should be available in the summer of 2020. Steve loves spending time with his bride, and staying busy for the King, changing the world one man at a time."
← Nothing Is Permanent There Is Power In Your Story →