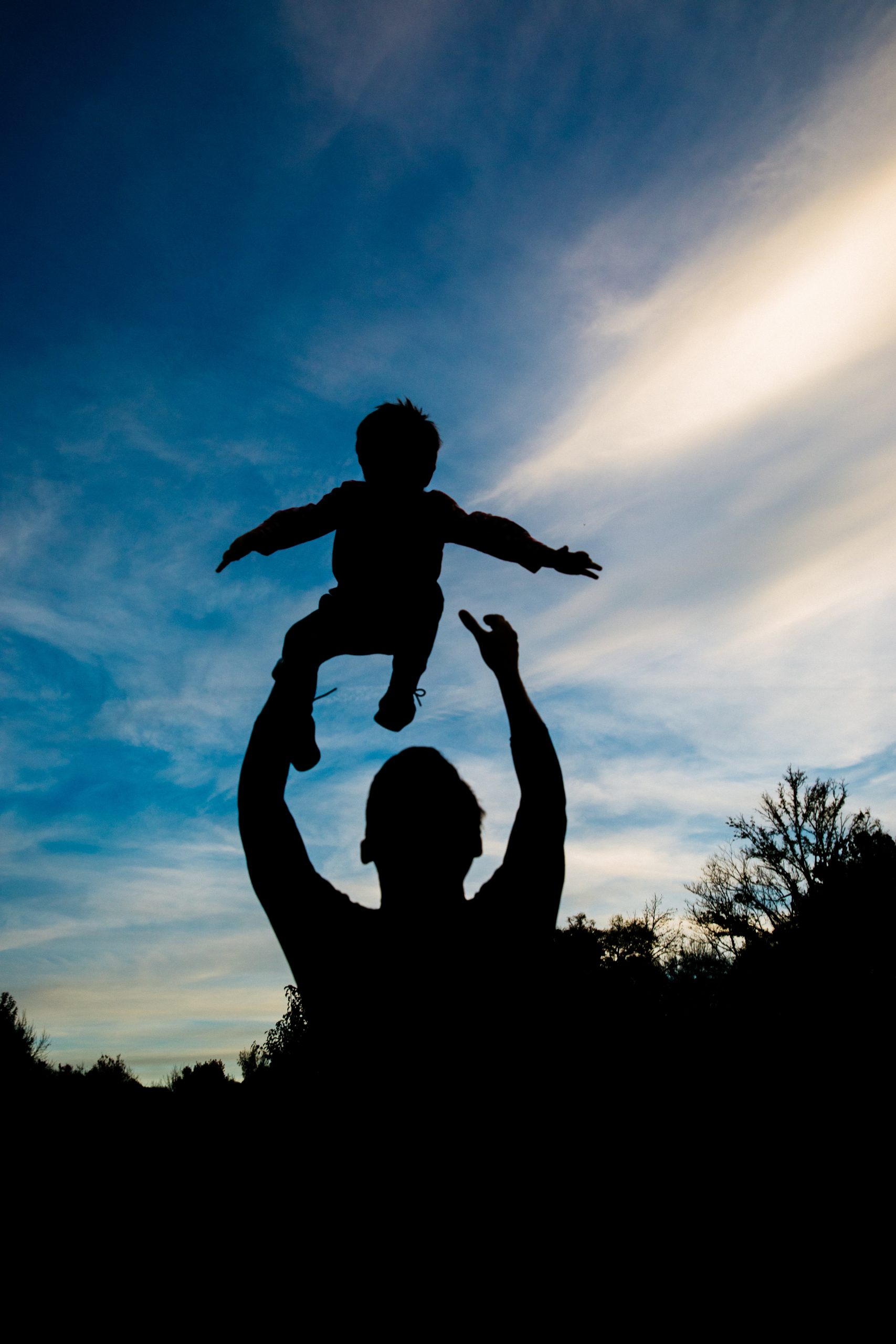 When Daddy is in Your Corner

Last weekend I had the privilege of watching my nephews, ages 5 and almost 7, participate in their second wrestling tournament.  There’s nothing cuter than little boys (and one random girl) in uniform, anxiously warming up for the big event.  The gym was loud and chaotic as parents and grandparents positioned themselves strategically around four wrestling rings to watch their offspring angle, lock and post.

Jake and Josh are new to the sport, so they are doing their best to learn the moves and execute them well.  My brother, who is a fabulous dad, wrestles with them at home in hopes of building their confidence and honing their skills.  At home on the living room floor, it’s all fun and games.  But a tournament?  A real competition?  Well, that’s a whole different story.

Jake fought hard in the ring but lost his first match.  A pin.  The uttermost humiliation for a wrestler, I imagine.  It’s one thing to be defeated by a system that awards the opponent points for an escape or reversal, another thing entirely to be completely dominated on the mat.  But he entered the ring for his second match all smiles, ready for another shot at victory.

It quickly became clear that match #2 was going to be a struggle.  Jake was fighting hard, but he was also fighting tears.  And here’s what I noticed.

He kept looking at his daddy, hunkered down on the sidelines, shouting words of encouragement, cheering him on.  The closer the tears got to the surface, the more frequently he looked to make sure dad was still there, still in his corner.  And when the second match also ended in defeat and the opponent declared the winner, Jake burst into tears and ran straight into his daddy’s arms.

It was my favorite part of the day.  You see, I’ve been there, metaphorically.  I’ve had days or weeks or entire seasons where it felt I was in the ring being trounced by an opponent much stronger than me.  I know what it’s like to fight back tears because victory seems a fleeting dream and defeat the only guarantee.

You know what else?  I also know what it’s like to glance at my Heavenly Father through eyes filled with tears, to know that in the midst of struggle and strain and even failure, He is my only Constant, cheering me on, believing in me more than I believe in myself.

I think the tendency for all of us is to run when we’ve lost.  The humiliation, the disappointment, the shame … we’ve convinced ourselves it’s too hard to face the world, to face God, that we’re too far gone to be redeemed, that it’s better to run away and wallow in our failure, drown in our tears.  To carry the pain by ourselves.

But we are running in the wrong direction.

Jake’s daddy was there watching the whole thing, from the hopeful start to the dreadful finish.  The truth?  His love was not based on Jake’s performance.  His love was based on Jake’s position as his son.  And so he scooped him up, hugged and kissed him, showered him with praise, dried his tears, and reassured him that he was loved.  No matter what.  Win or lose.

I’m wondering … anybody else feeling like a failure today?  Maybe you’ve been fighting hard to stay in the match and maybe you already feel defeated.  Either way, you’ve got a Daddy who is in your corner, cheering you on, ready to dry your tears if needed, and so very glad that you are His.  And that makes all the difference.

I’m Renee. Wife of one awesome husband and mom to two beautiful daughters and one terrific son-in-law. I like antiques. Old ones with original chipping, peeling paint. I like to rearrange my house and bake things like whoopie pies. I like making lists and checking things off of them. I like pretty napkins and warm vanilla sugar body lotion. I like Hershey Almond Bars, and I think they taste best frozen. I like to read and write and imagine the day someone might actually buy what I’ve written.
← 4 Days That Matter Most How to Worship When You Are Wounded →